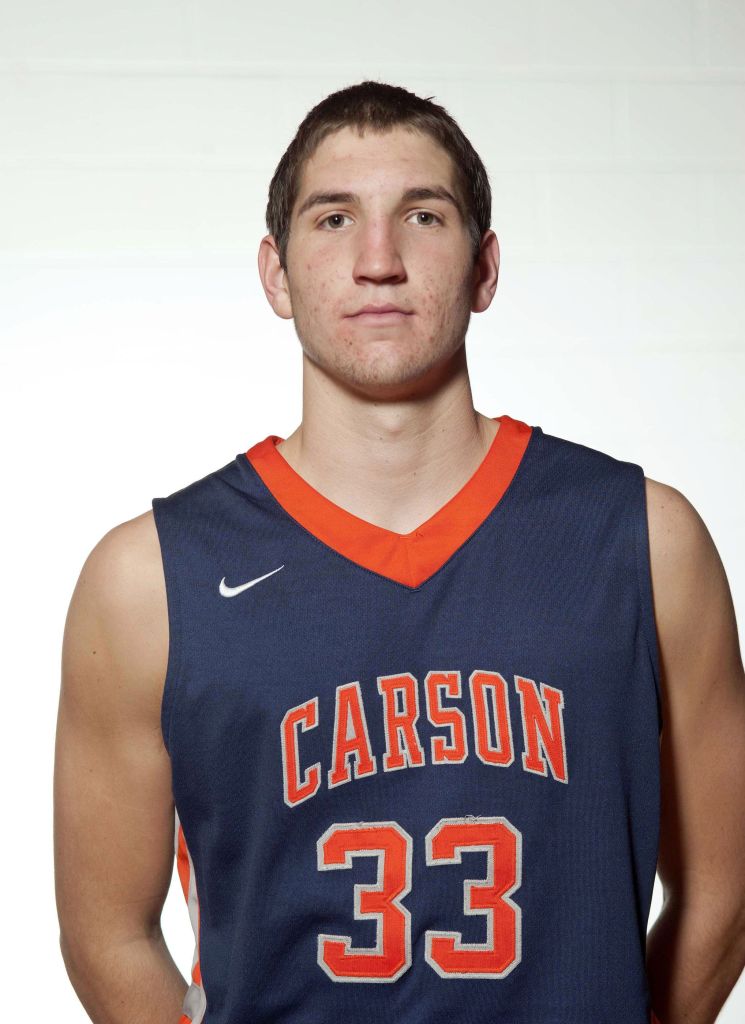 Carson went up the mountain Wednesday night, and came back with a pretty memorable souvenir.
The Cougars’ boys basketball team pulled off a stunner, beating undefeated Asheville Erwin 63-56 on its home floor in the second round of the state 3A playoffs. Carson (17-11) came back after trailing 17-12 after the first quarter.
Erwin, the west region’s top seed, averaged 90.3 points a game coming into the game. The Cougars held them to a season low in points and just two 3-pointers. Their previous low was 73.
“We know Erwin likes to play fast and put up a lot of points,” Carson coach Brian Perry said. “The big thing for us was to make sure everyone got back on defense.”
Friday night, the Cougars will travel to North Forsyth in third-round action. It’s the first time Carson’s advanced to the third round in its eighth year as a school.
Colton Laws hit four 3-pointers en route to a 23-point night that led all scorers. Senior Tre Williams netted 15 points as Carson led 31-26 at halftime. The Cougars ramped up the defense in the third quarter, holding Erwin to just eight points as they led 47-34.
The Warriors (26-1) were led by Malik Moore’s 21 points.
“We’ve been in so many battles this year,” Perry said. “We just had to hang on and win. It’s a great feeling for our kids. We’re lucky to get out of this gym with a win because they’re a good team. We play in a great conference, and I really think it helps in games like this.”