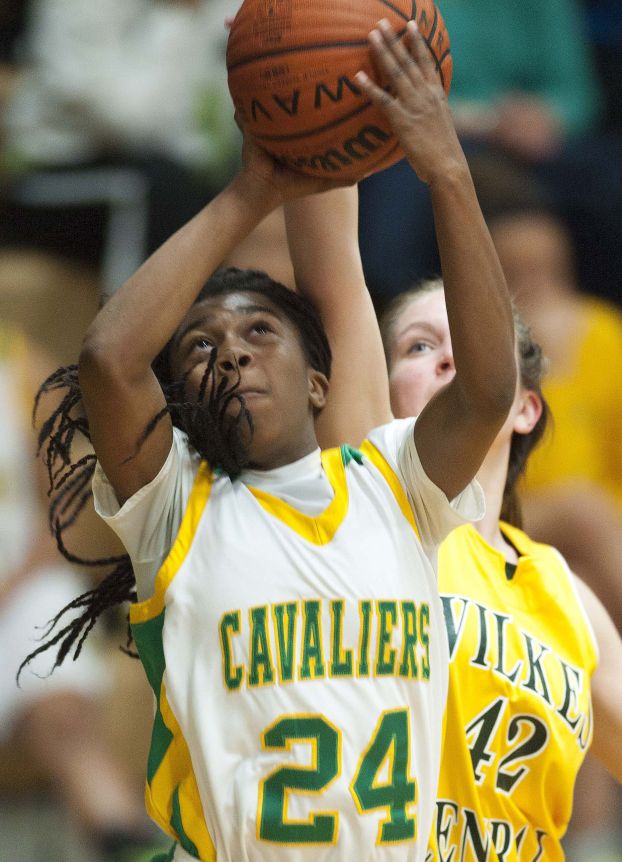 SPENCER — The North Rowan girls never looked like the North Rowan girls Monday night in their 2A state playoff opener.
And it cost them.
The Cavaliers couldn’t find their rhythm and couldn’t keep up with a disciplined Wilkes Central squad and fell on their home court, 52-38.
“They came in here ready to play and did a great job in what they wanted to do,” North coach Brian Lytton. “We weren’t able to force the turnovers that we normally force. And we missed a lot of shots.”
The Cavs’ usual run-and-gun offense started slow and clunked along for the first five minutes, falling behind 10-5.
After a timeout, Special Washington hit a jumper before Nycieko Dixon connected from long-range, giving North some life and a 12-10 edge.
Wilkes Central came out firing in the second, burying three straight 3-pointers to pull ahead 21-17.
Dixon sent the game into the break knotted up at 24-all with a buzzer-beater. But North’s offense was still sputtering.
“It wasn’t anything they were doing — we were just missing shots,” Lytton added.
The Eagles started slowly pulling away, grabbing a 29-28 lead on another trey and took a four-point cushion to the fourth.
With the Cavs firing away from behind the arc trying to stay within striking distance, Central methodically made it to the free throw line to ice it.
The Eagles converted 12-of-16 shots from the stripe down the stretch to pull the upset.
“We’re obviously disappointed,” Lytton said. “We really had a great season. We had some momentum heading into the playoffs and really thought we were going to make some noise.
“I thought they came in ready to play and we were a little slow to get started.”
North’s high-potent offense was limited to 38 points — its lowest out-put since playing Winston-Salem Prep in mid-January — and only managed 14 points in the second half.
“Anytime that we shoot poorly, it’s going to be a struggle,” Lytton added. “When we do, we really need to pick it up on defense, but we weren’t able to do that.”
Making the Cavs a shooting team was the gameplan coming, according to Wilkes Central head coach Scott Waugh.
“We really wanted to make them shooters instead of drivers,” he explained. “When they didn’t get off to a quick start and the more they didn’t convert, the pressure mounted on them a little bit.
“It’s tough to know that you have to shoot to come back,” Waugh continued.
“We didn’t let them have any scoring bursts and it kept us mentally savvy enough to where we could finish the game off at the free throw line.”