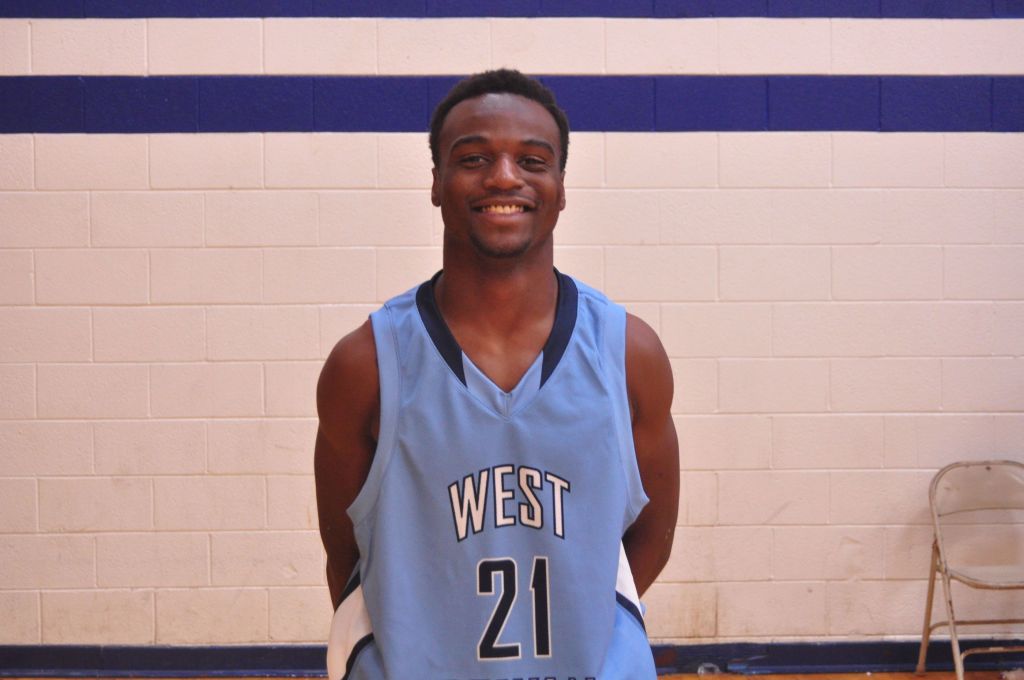 KANNAPOLIS — When the time called for it, West Rowan made the big plays Tuesday night on the road against Northwest Cabarrus.
Seth Martin, Daisean Reddick and the Falcons out-slugged the Trojans, surviving a last-second shot for a big 53-50 SPC victory.
“That’s what happens when West Rowan and Northwest Cabarrus get together,” West head coach Mike Gurley said. “Anytime we get together, I expect it to be this way.
“We’re lucky to win. We feel fortunate to win because we know we beat a good team.”
In a defensive struggle for three quarters, the Trojans held a one-point edge going into the fourth at 35-34. The lead grew to five (43-38) with five minutes left, forcing West to battle back.
Amara Morris sank a pair of free throws before Reddick hit a deep 3-pointer to tie the game 43-all in the first comeback charge.
After Northwest pushed it back out to three, Martin stepped up and drilled another trey to bring the Falcons level at 46-all, sending the West side into a frenzy.
Two minutes later, Martin buried another dagger to cut the deficit down to one at 50-49 with 56 seconds to play.
After battling back, the Falcons finally pulled ahead at 51-50 on two Reddick free throws with 48.7 ticks left and never looked back.
West weathered a storm on the defensive end as Andrew Wheet drove into the lane. Reddick stepped in front and poked the ball loose, stealing the loose ball and drawing the foul.
“I just saw the ball. It was in front of my face so I just tried to grab it,” Reddick explained. “[Wheet] fouled me, so I wanted to try and help my team win the game.”
The senior shook off some butterflies and calmly knocked down two crucial free throws to push the lead out to 53-50 with 13 seconds showing.
“I had butterflies in my stomach; I was kind of nervous,” he admitted. “But I was able to pull through and help my team win.”
The Trojans drew up one final play but could not get a clean look as a desperation 3-pointer hit the bottom of the net at the buzzer.
“We wanted to switch off screens hard so they didn’t get a whole lot of breathing room,” Gurley said. “We certainly didn’t want to foul.
“I already told myself that if they drove inside that they could go ahead and have the layup,” he continued. “I knew he had timeouts and would have called one. Then we would have Seth or Daisean or Celexus make the free throws.”
Gurley said the idea of fouling on the final possession didn’t cross his mind, but is a tactic he might use in the next meeting with Northwest.
“I’ve never fouled in the end but maybe I should look into it, especially the way these games go.”
Powered by four 3-pointers, Martin turned in a team-high 16 points to lead West, coming up one point shy of his season high that he’s matched four times this season.
Reddick added a dozen, including the final four to ice the game. Celexus Long finished with six.
With the win, the Falcons improved to 10-7 overall and 5-4 in the tight SPC standings.
“In the SPC, a win means we survive one and we have to go again,” Gurley said. “We’ll go to Carson Friday and try to win that one.”