End of life: ‘Hospice care is for the whole family’ 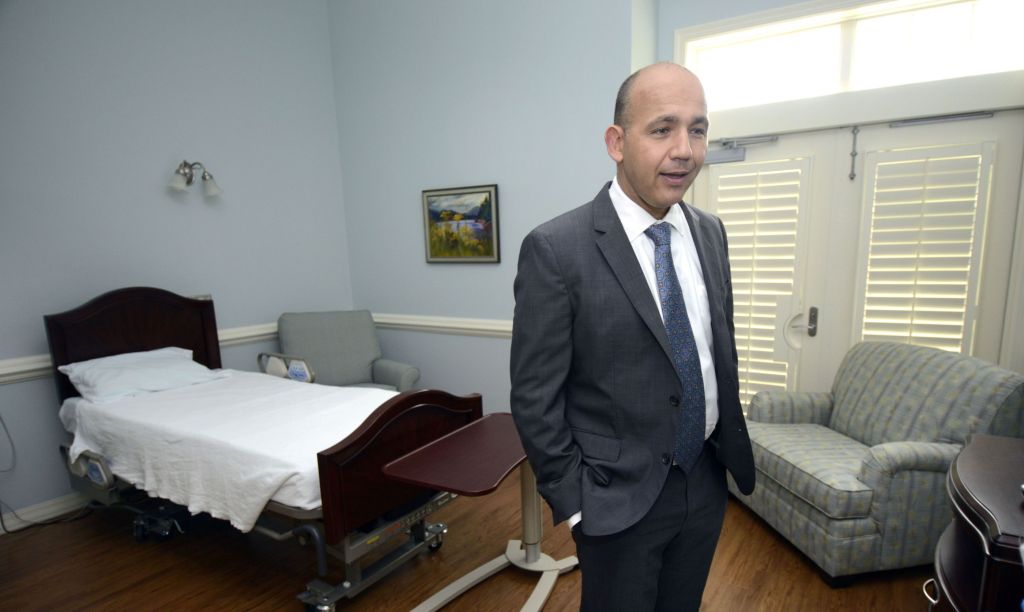 Editor’s note: This story is part of a two-day series on end of life care. The series began Sunday.

You only die once, so you only have one chance to get it right.

That’s a curious statement, but it makes sense when you know it comes from Dr. Michael Lalor, chief medical officer for Hospice and Palliative Care Center. Based in Winston-Salem, Lalor, 44, supervises a 13-county area which includes Rowan County, and the Glenn A. Kiser Hospice House and Rowan Hospice and Palliative Care. He also supervises the Kate B. Reynolds Hospice House in Winston-Salem, the second house that serves this region.

“Hospice chose me,” Lalor says of his decision to work in this field. He trained as a internal medicine physician in the 1990s, when hospice was a budding field. He became a part-time medical director of a local hospice facility.

Although it was a side piece of his practice, Lalor says, “I grew to enjoy my time there more than I enjoyed my time in the office.”

He became board certified in hospice care, and worked in this field for more than 15 years before being recruited to North Carolina from Pennsylvania.

“There was no huge culture shock,” says Lalor, a native New Yorker. “Philly was a small town to me.”

Hospice care, Lalor explains is all about providing for a patient’s needs.

“There was a patient in my first facility, and I will never forget her,” he says. “I stopped by one day and asked her what she needed, and she said she could use a good, stiff martini. So the next time I came, I sat there and mixed a drink with this lady. She loved it. Whatever they need, we can provide. A drink with a stranger made her happier than anything I could have done for her medically.”

Hospice care, Lalor says, is quite different from practicing in a medical office. “As a doctor, it really lets me focus more on patients and families. You might not be doing much advanced medicine, but you’re definitely doing more patient care.”

In his work, Lalor oversees all of hospice’s medical services. He has been meeting physicians in the community, and serving as the liaison between hospice and the medical community.

While the Kate B. Reynolds Hospice House has 40 beds, the Glenn A. Kiser Hospice House is smaller, with 14 beds. After delays of several months in 2013 with permits, the Kiser House has been open since May. Hospice census widely varies, Lalor says, but on this particular day, there are four patients at the Kiser House.

But hospice is not a place, Lalor explains. Hospice is a service, and there are four levels of hospice care:

• The overwhelming majority of care, he says, is home care.

• The second level is continuous care, a more intensive, 24/7 level of care — that also takes place at home.

• The third level of care is general in-patient care that takes place in a hospice house. This happens when a patient’s symptom management can no longer be done at home, and which otherwise would require hospitalization.

• The fourth level of care is respite care for the family.

“Hospice care is for the whole family,” Lalor notes. Hospice staffs include chaplains who work with patients and families.

When a patient dies, the family receives 13 months of bereavement therapy.

Much of Lalor’s work involves educating the public. For example, he was part of a recent seminar, “Conversations Today or Crisis Tomorrow: Planning Ahead for Life’s Final Journey.” The daylong seminar was presented by Rowan Hospice and Palliative Care and Novant Health. It was open to the public, and to nurses for continuing education credit.

“Hands down, the thing I hear the most, over and over, is that people wish they had known what hospice was,” he says. “People think calling hospice means that you’re giving up. That’s not the case — far from it. When a patient sees what it actually entails, it is shocking. The doctors, the nurses, the social workers are coming to you. I don’t think people have a grasp of services until they experience it.”

And there’s no right answer when it comes to hospice care. Each person makes his or her own decision about the type of care that is provided.

“Some people will say they will die on chemo and they will fight to the end,” Lalor says, “and that’s OK.”

A big component of his job is educating physicians, many of whom were trained before the hospice movement began to grow.

“Some doctors feel that by calling in hospice, they’ve ‘lost’ against the illness,” Lalor says. “This remains a novel specialty, so there is a educational component required.”

Lalor doesn’t mind that at all.

“I went into medicine with the goal of teaching originally,” he says. “I still love the teaching aspect.”

Lalor plans to relocate his family from Philadelphia to Winston-Salem. Away from work, he enjoys photography, and cooking for his wife and their two daughters, 6 and 4.