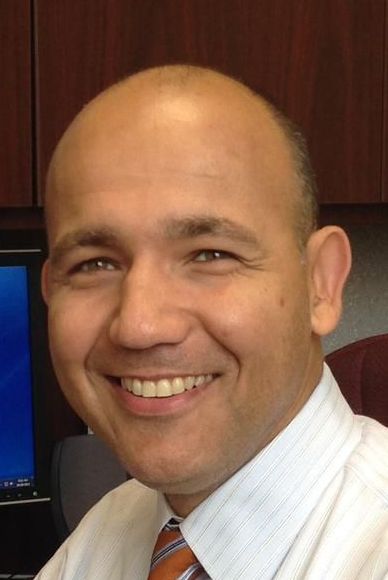 End of life: Talking about care with family is important

Editor’s note: This story is part of a two-day series on end-of-life health care. It concludes Monday.
By Susan Shinn
For The Salisbury Post
SALISBURY — Dari Caldwell says the day she called hospice for her father was the best day of her life.
“I could be his daughter and not be his nurse,” says Caldwell, now president and CEO of Novant Health Rowan Medical Center. “Hospice is a benefit that people are entitled to. To deny that benefit is a travesty.”
Novant Health and Hospice and Palliative Care Center sponsored a daylong seminar recently, “Conversations Today or Crisis Tomorrow: Planning Ahead for Life’s Final Journey.”
The bottom line from Caldwell and all of the speakers: Make sure your family knows what your wishes are for end-of-life care. Caldwell and others said it was hard to have that conversation, but that knowledge represents a vital piece of patient care.
“Hospice worked with our family, and took away the horrible fear of the unknown,” Caldwell said. “I could relax and enjoy the last months I had with my father.”
Her father had cancer in 1993, and it returned in 1997.
Caldwell recalled watching the Atlanta Braves with him one Sunday afternoon.
“It is my fondest memory,” she said, “and having those kind of wonderful memories is what hospice is all about. I am a huge hospice and palliative care fan and supporter.”
Dr. Thomas F. Trahey, the hospital’s vice president of medical affairs, also spoke about his hospice experience. His father had died only eight weeks before.
“Some of the topics here today are relevant and important to think about,” Trahey said. “The hospital’s ethics committee often faces end-of-life decisions. That’s difficult when family members have not had conversations about it.”
Trahey said his father’s pulmonary illness “snuck up” on his family.
“We were scrambling a little bit. We came together and talked about things. The illness progressed quickly. We enlisted hospice in Illinois,” he said.
But he wished the conversations would have started earlier, he said.
“You have the opportunity to think ahead. You save for things like college funds and long-term disability, but we don’t think about communicating our wishes to those who care for us. When things start to deteriorate, you don’t have as much time as you would like.”
That’s true in the case of Dr. Michael Lalor, who with Dr. Chetan Amin talked about “Conversations Today or Crisis Tomorrow.” Lalor is chief medical officer for Rowan Hospice and Palliative Care Center, and Amin is a physician with the organization.
Lalor talked about a recent case in which a 66-year-old woman was brought into the ER unresponsive. An argument developed among her family about what should be done as far as her care. The argument got pretty heated between the husband and son, Lalor said.
“It was actually my mother,” he said. “I hadn’t taken the opportunity to ever speak to my family about their wishes. It was a horrible situation.”
His mother recovered, but the experience underscored for Lalor the need for families to talk about the care they want — and what they do not want.
Advanced directives, Lalor explains, state patients’ wishes in times of medical need.
“Completing this can be considered a gift to your family,” Lalor said. “It is your own decision.”
Another form called the MOST form, (Medical Orders of Scope of Treatment) is a physician order and portable for different situations. It can be updated annually and used when an illness begins to progress. It’s similar to the Do Not Resuscitate (DNR) form.
“Some people want everything done,” Lalor said. “Some do not. Both of these decisions are very important and are up to you. If your children don’t know beforehand, it is hard for them. You’re taking the burden of a very, very difficult situation off their hands.”
Lalor was asked what happens if a family overrides a patient’s decision.
“The decision-making process runs from the spouse to the oldest child and down from there, Lalor says. “Best-case scenario, it’s a family consensus.”
It’s completely appropriate to start a conversation with your doctor, Lalor said. Forms outlining end-of-life care are available online, or you can request them from your doctor’s office.

SALISBURY — As the board of education looks to North Main Street as a potential central office site, county leaders... read more