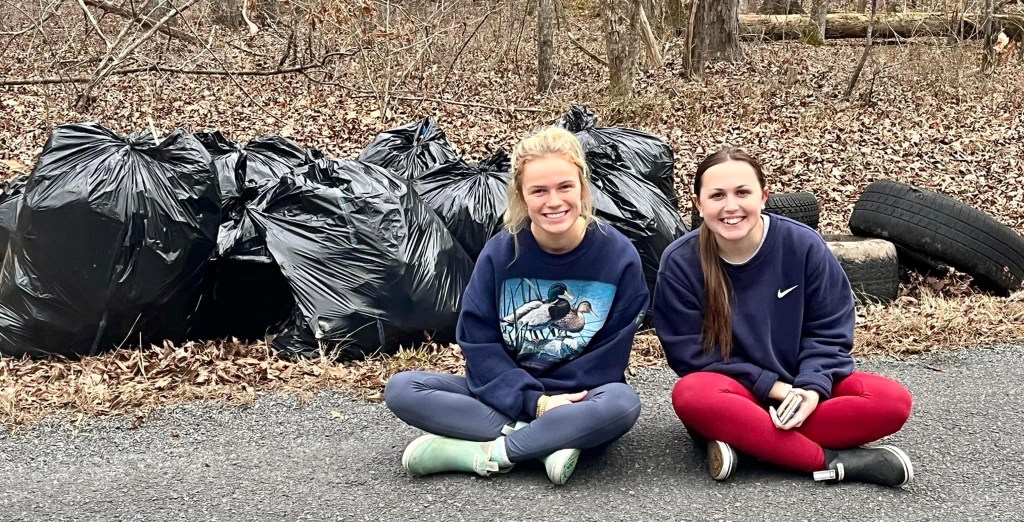 Callie Trexler and Madie Honeycutt sit next to all of the trash they collected. Submitted photo

SALISBURY — Most people like to spend a day off watching Netflix or catching up on sleep whenever they get a break from work or school. But Madie Honeycutt and Callie Trexler had other plans on their day off for MLK Day.

They decided to spend the afternoon picking up trash on Starnes Road. Honeycutt lives on there and seeing litter pile up had started to take its toll.

“Every time I’d come over, we’d see how bad it looked. It was really bad. We picked up nine bags of trash and five tires in less than half a mile. So, it was a lot of trash,” Trexler said.

The two met back in preschool when they were 2 years old and have been friends ever since. They hadn’t picked up trash like that before, but they knew what their actions would mean if others could see what they were doing.

“We obviously wanted to make the road look better and clean, but we just wanted to encourage others to maybe keep their surrounding areas clean, too,” Honeycutt said.

They both said they had fun cleaning up and want to get more people involved in the future because disposing of litter properly has tremendous benefits for everyone.

“We see these things everyday. … It’s important to keep it clean. In the bigger picture of plastic in the oceans, we live right near High Rock Lake and when we go out on the lake we see all the trash in the back of the coves, where the wind blows it into the water,” Trexler said.

She attends Catawba College and is interested in environmental science, but is still deciding on what major will be her focus. Honeycutt is at Rowan-Cabarrus Community College and is majoring in special education. The two don’t have any clear plans on when their next cleanup will be or who would help them, but they do have an idea on where they would start.

“There’s actually a lot where Dick’s Sporting Goods is and Salsaritas. There’s a bunch right there and it tears me up every time I see it. We want to do more because people think it’s just fine to throw out their trash, it’s normal and that other people will clean it up,” Honeycutt said. 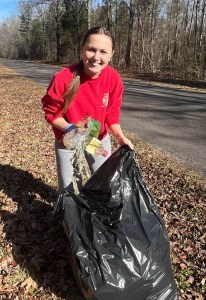 Madie Honeycutt  helps clean up an area of Salisbury. 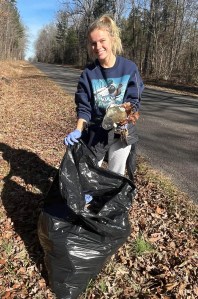 Callie Trexler shows having a good attitude can go a long way to help solving a problem.