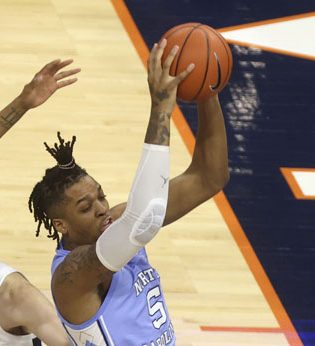 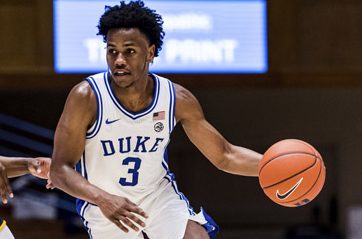 Bacot has the North Carolina record after his 61st career double-double, breaking a tie with Billy Cunningham. He also passed Tyler Hansbrough for first place on UNC’s career rebounding list with 1,221 to 1,219.

NC State’s Terquavion Smith, the leading scorer in the ACC, suffered a scary injury and had to be taken off the court on a stretcher with 9:45 remaining. He attacked the rim and tried to finish a left-handed runner but fell backwards and landed hard. He did not return to the game. NC State said Smith had an elbow and neck injury.

With Bacot scoring 16 points and grabbing nine rebounds in the second half, the Tar Heels maintained a lead of at least seven points through the final nine minutes. North Carolina’s last field goal came on a Caleb Love jumper for a 74-65 lead with 1:47 remaining. Love, with four free throws, and Davis, with two, closed it out at the line.

D.J. Burns and Jarkel Joiner scored 18 points each for NC State and Smith and Casey Morsell scored 12 each.

DURHAM  (AP) — Jeremy Roach’s return to action couldn’t have come at a better time for Duke.

The Blue Devils needed his offense and late-game defense to pull out a 68-66 win over No. 17 Miami on Saturday.

“I’m a leader and I’m captain of this team,” said Roach, who scored 14 points in his first game in more than two weeks. “I’m just happy to be out there with my brothers. Getting a win like that is big for our confidence.”

Kyle Filipowski added 17 points and 14 rebounds for Duke (14-5, 5-3 Atlantic Coast Conference), Tyrese Proctor had 11 points. Dariq Whitehead added 10 points for the Blue Devils, who played their first game of the season without a national ranking and got their 10th home win in as many outings.

Duke held a 64-57 edge then went the final five minutes without a field goal.

With less than a minute remaining, Miami missed three shots on one possession with a chance to tie or go ahead. Filipowski drained both ends of a 1-and-1 with 18.2 seconds remaining to make it 68-64. Roach came up with a steal Miami’s next possession.

A last-second heave by Miami from near three-quarter court was well off the mark to end the game.

Roach, a junior guard who missed the past three games and four games overall with a toe injury, gave Duke stability down the stretch.

Miami guard Isaiah Wong was held to seven points, well below his team-leading 16.7 points per game. Scheyer said,  “We got lucky with some of his misses.”

Duke plays next at Virginia Tech on Monday.

Medley-Bacon added seven rebounds and seven blocks for the Eagles (10-8, 3-1 Mid-Eastern Athletic Conference). Marque Maultsby made 4 of 6 from 3-point range and added 16 points. Kris Monroe had 15 points and 13 rebounds.

The Phoenix (2-18, 0-7) were led by Jerald Gillens-Butler with 14 points. Max Mackinnon added 12 points and four steals.

ROCK HILL, S.C. (AP) — Lucas Stieber scored on a jumper and a layup in the final 1:11 to give Gardner-Webb the lead and assure the Bulldogs a 63-61 win over Winthrop.