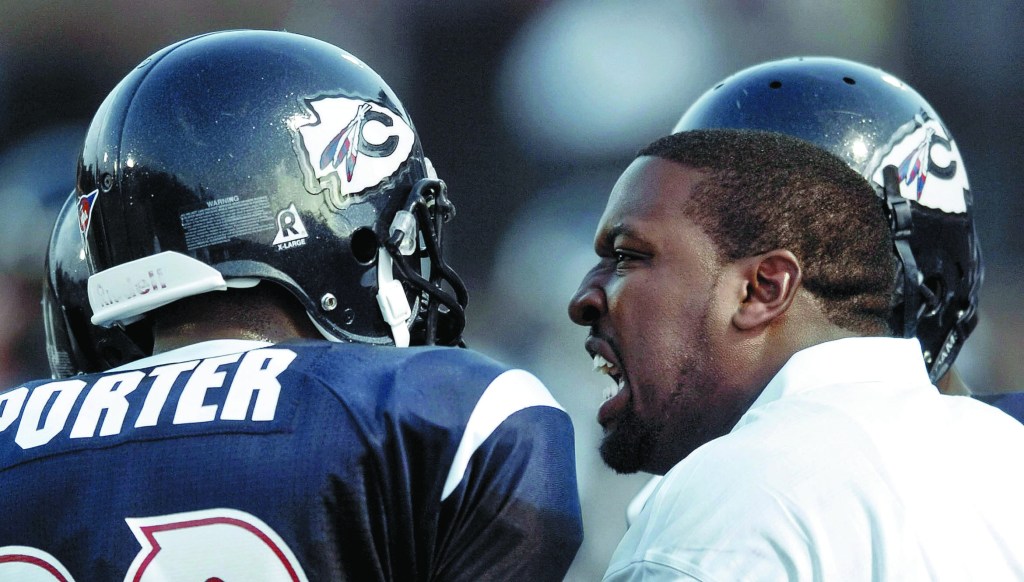 A new Catawba football staff took shape in the past week.

The other defensive cordinator will be Tee Overman, who was a standout player at Wingate. Overman was the defensive coordinator at Dayton.

Brian Collins is the new offensive line coach. Collins was the o-line coach at Carthage College in Wisconsin.

Jake Vellucci was hired as safeties coach. He’ll also coach special teams and coordinate recruiting. He was an assistant at Dayton.

Parris Baxter was hired as cornerbacks coach. He was an assistant at Fort Valley State.

Braden Thomson was announced as running backs/tight ends coach. Thomson was on the Shepherd staff along with new Catawba head coach Tyler Haines, who announced the hires.

UNC sophomore Vance Honeycutt (Salisbury) has been picked as Preseason ACC Player of the Year by Perfect Game.

Honeycutt hit .296 with 25 homers with 29 steals and 57 RBIs as a freshman center fielder for the Heels.

Honeycutt is the highest rated college player for the 2024 MLB draft.

DeBose (North Rowan)  redshirted in 2017 at Virginia Tech, was granted a medical redshirt in 2019 and had the universal COVID redshirt for 2020, so he still had eligibility remaining at Kansas.  He played the 2021 and 2022 seasons for the Jayhawks.

Catawba outscored visiting Anderson to claim a 97-85 victory on Saturday at Goodman Gym.

Anderson got eight 3-pointers and 28 points from Jalen Hillery and a double-double of 23 points and 13 rebounds from Jackson Greco.

Catawba hits the road on Wednesday to take on Lenoir-Rhyne.
•••

Ezekial Cannedy scored 23 for the Golden Bulls, who had 12 turnovers.

Janiya Downs (South Rowan) scored 13 of her game-high 21  in the fourth quarter as Catawba stayed unbeaten at home with a 68-60 win over Anderson  on Saturday afternoon at Goodman Gym.

Catawba held Anderson to four points in the fourth quarter.

Diamond McDowell had 19 points and 10 rebounds for the Trojans.

Philadelphia’s Javon Hargrave (North Rowan) was one of the notable Pro Bowl snubs, despite 10 sacks, a figure which led NFL interior linemen.

Hargrave was one of the anchors for the NFL’s No. 2-rated defense.

Salisbury guard Juke Harris, a 6-foot-6 junior who is a four-star recruit, trimmed his list of potential college destinations to a final six on Friday.

Carson’s Raelie Hernandez went 3-0 to win the 120-126 weight class at the “Clash of the Girl Titans” at Hopewell High.

Salisbury Academy’s varsity boys jumped out to a 15-0 lead with smothering defense and rolled to a 40-10 win against Statesville Christian School.

The leading scorers for the Jaguars were Isaiah Foxx with 17 points and AJ Jarrell and Dylan Hale with six each.

The Jags will be in action on Monday when they host Davidson Day School at 6:30 p.m.

North Hills lost 79-23 to  Victory Christian on Friday. Michael Brown scored nine for the Eagles (8-11), and Champion Hayden had eight.

Rockwell Christian’s boys won 53-36 against Matthews Christian. Jacob Mills scored 21 on 8-for-13 shooting for the Chargers.

Rockwell Christian (21-3) romped 88-46 against Calvary Christian on Friday. Chasen Hall is closing in on 1,000 career points.