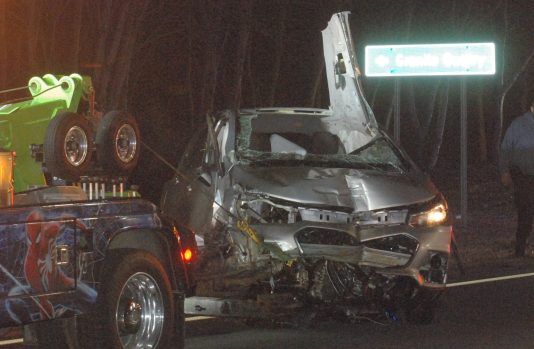 A single-vehicle accident shut down the southbound I-85 exit at mile marker 76 in Salisbury on Wednesday night. The driver was taken to the hospital for injuries. - Chandler Inions/Salisbury Post 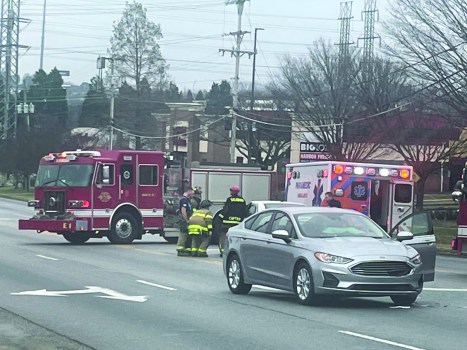 Just before 9 a.m. Thursday witnesses said a woman pulled out of the McDonald's parking lot in front of an oncoming car and was hit on the driver's side. Photo by Elisabeth Strillacci

SALISBURY — Three car crashes in a 24-hour period in the area have had first responders on their toes.

The first wreck happened about 6 p.m. Wednesday on the exit 76 ramp from I85. At least one person was taken to the hospital by ambulance after extrication required firefighters to cut away the car’s roof.

A second multi-vehicle crash on I85 Southbound at mile marker 62 in Kannapolis involving a possible wrong-way driver. According to officials, several people were extricated and a Medflight helicopter was called in to transport two people.

On Thursday, just before 9 a.m., witnesses say a woman leaving the McDonald’s on East Innes Street in Salisbury turned left out of the parking lot and was struck on the driver’s side door by an oncoming car.  As firefighters, rescue crews and police officers gathered at the scene, the center lane for both directions was closed for at least an hour. Details on any injuries was not immediately available.