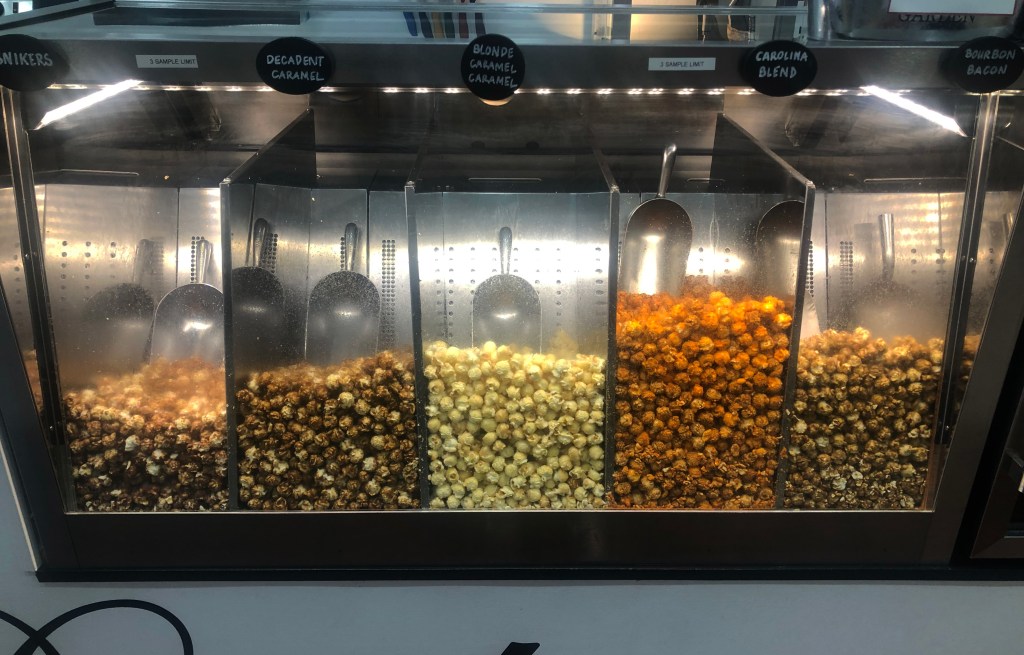 Quality checks are routinely completed to make sure the popcorn is fresh. Brad Dountz/Salisbury Post

KANNAPOLIS — Jan. 19 is National Popcorn Day, but even though this holiday may not be marked on calendars like Thanksgiving or Christmas, it’s still a fun day that showcases one of the country’s most cherished snacks. Popcorn is no longer just the thing people eat at movie theaters, it has taken on a life of its own and has even become a gourmet delight.

Located just down the street from Atrium Health Ballpark in downtown Kannapolis, an unassuming 470-square-foot store caters to those who want a different option than Orville Redenbacher.

Decadence Popcorn started out in Kimberly and Dwayne Jackson’s kitchen before they began doing vendor shows and making their own website. Kimberly had worked with nonprofit groups and others businesses, while Dwayne had more than 30 years of experience in retail and as a manager. For Kimberly, she really didn’t have a choice.

“When we came together, I’m the creative side, he’s more of the logistics side. It just really meshed together and we made this happen,” Kimberly said. “I really feel like this is a calling for me. I wasn’t looking for this, it found me.”

Originally planning on opening in 2020, COVID delayed their plans, but they got through everything to officially open back in April 2021.

“Our concept is a bit different, we do everything from scratch. All of our popcorns are made in house,” she said.

They have desserts with popcorn in them, popcorn pops, custom centerpieces made from popcorn, flavor packets and gift baskets.

Both Kimberly and Dwayne grew up in upstate New York, where one of Kimberly’s favorite stores was a popcorn shop in Syracuse.

“I just love popcorn. I could eat it breakfast, lunch and dinner,” she said.

Kimberly thanks Kannapolis for being the perfect spot for their store and how it is a great city that has connections to so many other places where people can’t get enough of their popcorn.

“Kannapolis has been very good to us, they’ve embraced it. We have, not just Kannapolis, we have people that travel from Charlotte, all the way on the other side near Indian Land. We’ve had people come from Tennessee, Florida, California. ‘When we’re in town, we got to stop at Decadence Popcorn!’ So, Kannapolis has embraced us and we have a lot of regular customers that come through,” she said.

Decadence Popcorn ships all over the country. Different processes and different kinds of popcorn are used depending if they are doing sweet or savory flavors. They have basic caramel and cheddar flavors, but also vanilla butter rum, Carolina blend, and strawberry Quick made with real Nesquik. Not a seasonal dish, but a year round one, Kimberly was unaware how in demand popcorn was at first.

“Popcorn is up there next to potato chips as the No. 1 snack food in America. When I started doing my research to actually start the business I learned that. It is true, people love popcorn, we’ve got people who come in here that are voracious popcorn eaters,” Kimberly said.

They plan to open new stores in Davidson, Huntersville, or Concord. “We’re weighing our options right now. We’re letting this evolve into what we need it to be,” Kimberly said.

The Jackson’s know how fortunate they are to have a thriving business, especially with COVID making so many others go under. 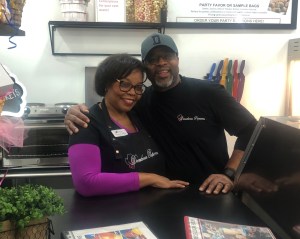 The Jacksons are from upstate New York, but didn’t meet until they both moved to the South. 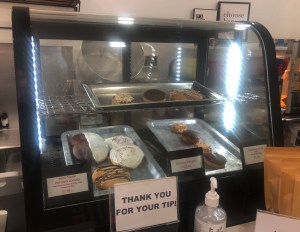 These cookies and other baked goods stand out with popcorn added to them. 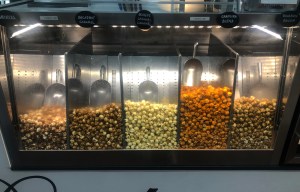 Quality checks are routinely done on the popcorn so it doesn’t go stale. 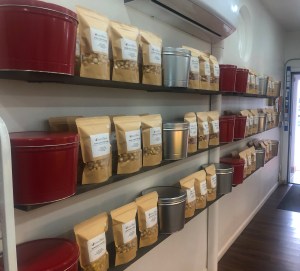 Decadence Popcorn packs a ton of product in such a small store.