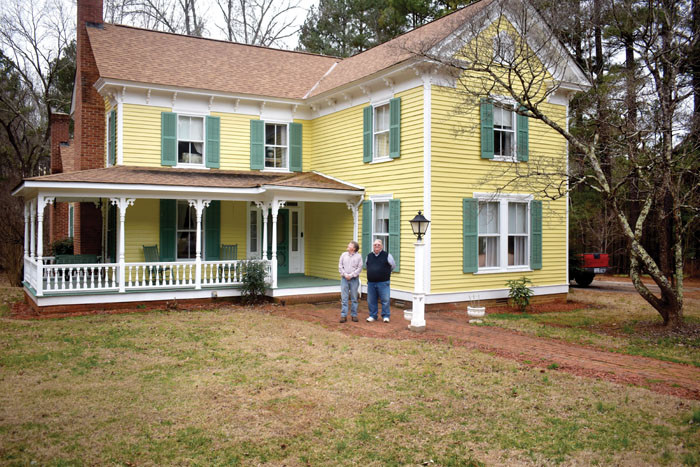 SALISBURY — If you drive east down Bringle Ferry Road and get just past Dan Nicholas Park, there is a yellow farmhouse to the right that will catch your eye.

The farmhouse is built in the Queen Victorian architectural style and has been in Rowan County since the 1800s.

After many renovations during its history, including having to move the house 150 feet south, the Victorian is still standing. At Tuesday’s meeting, The Rowan County Board of Commissioners voted unanimously to designate the house and the 1.57 acres it sits on as a Rowan County historic landmark.

The house is not only prominent for its classic architecture, but also for two well-known Rowan County citizens who lived there: Tobias Kesler and Jack Kepley.

Kesler was born in Rowan County on Sept. 20, 1814. He served in the Confederate Army as a private in the 73rd Infantry, Company B. He became a local farmer as well as a successful businessman in Salisbury and was known to loan money to other farmers and hold their mortgages.

During a period of economic despair in the late 1800s, Kesler was part of a movement to bring more jobs to the city and create affordable housing. In 1887, the city needed jobs and The Salisbury Cotton Mill was founded in 1888. To add more jobs, Kesler helped to found the Kesler Cotton Mill in 1895. He also purchased land on what is now Martin Luther King Jr. Boulevard to build 22 frame mill houses to provide homes. That neighborhood is known today as the “Kesler Manufacturing Co. Historic District” and is listed on the National Register of Historical Places.

In the 1860s, Tobias Kesler found himself in possession of 100 acres and a four-room, two-story Federal-style home located in the eastern part of Rowan County, right next to the community known as Craven.

He gifted the house, which is located right off of Bringle Ferry Road, to his daughter, Augusta, and her new husband, Allen Newsom.

In 1883, the family decided to do some renovations. They transformed the house from its original Federal-style into a Queen Anne Victorian wood frame farmhouse. Victorian houses were an extremely popular architectural style in the United States between 1880 and 1910. 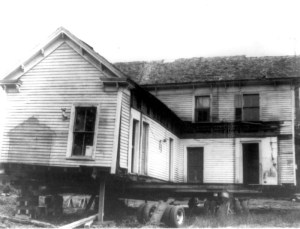 During one of the many renovations to the house, it was moved 150 feet to the south. Submitted photo

Descendants of Kesler’s family inhabited the Victorian farmhouse until 1973 when Kepley and his wife, Grace, purchased the property.

Kepley was born on Feb. 15, 1924 on South Main Street in Salisbury. He served in the 34th Infantry, 24th division during World War II.

He joined Boy Scout Troop 448 on his 13th birthday and was registered as a member of the troop for the next 85 years. He received plenty of awards during his time with the Boy Scouts, he was honored with the Silver Beaver Award, which is the highest award a Boy Scout Council can give. Kepley also held positions on the Central North Carolina Council, which is a Boy Scout council that “has helped build future leaders by combining educational activities and lifelong values with fun and adventure in the outdoors.” Kepley was known to say that one of his proudest moments in life was that 147 Boy Scouts achieved the Eagle Scout rank during his time in the Boy Scouts. Over 1,000 boys and girls also participated in Troop 448 activities during Kepley’s 85 years.

Kepley served two terms on the Board of the Rowan County Parks and Recreation Commission.

In 2018, he was awarded the highest honor a North Carolina governor can give, The Order of the Long Leaf Pine. The award is given to those “who have made significant contributions to the state and their communities through their exemplary service and exceptional accomplishments.” It was given to Kepley by Gov. Roy Cooper.

Kepley and his wife both died in 2022, still living in their beloved home.

Former North Carolina State House Representative and current North Carolina Senator Tedd Budd said in a letter to the family when Kepley passed: “Jack will be remembered by many for his honorable service during World War II and his longstanding involvement in the Salisbury community.”

“I think they would be very, very happy,” said William Kepley, Jack Kepley’s son, when asked what his parents would think if they were alive to see their house turn into a historic landmark.

“My dad loved to give tours himself. You couldn’t visit him without him giving you a tour and him telling you all about it,” William said.