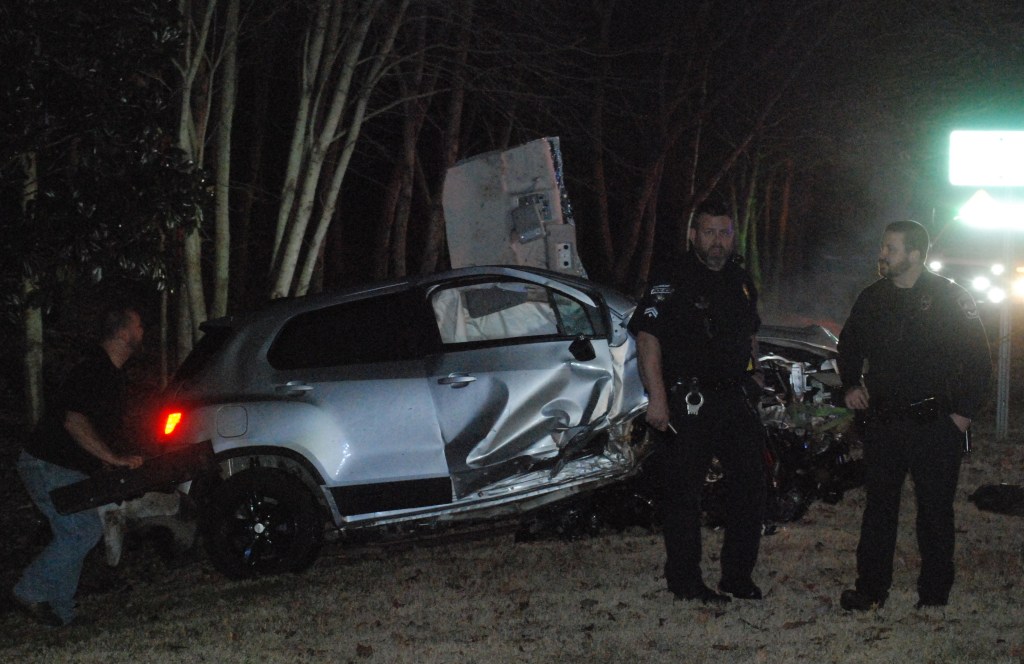 First responders on the scene of a motor accident at the Interstate 85-South off ramp at exit 76 remove the vehicle from its resting place on the embankment off the should of the road. - Chandler Inions

SALISBURY — A motorist sustained injuries requiring transport to the hospital in a single-vehicle accident that occurred on the off ramp at Interstate 85 South Exit 76 around 6:30 p.m. on Wednesday.

First responders were forced to cut the motorist out of the silver sedan after it came to a rest at the bottom of the embankment on the left-hand side of the road.

While the emergency personnel were clearing the scene, the ramp was shut down for through traffic.

The extent of the injuries and the cause of the accident had not been determined by the Salisbury Post deadline.