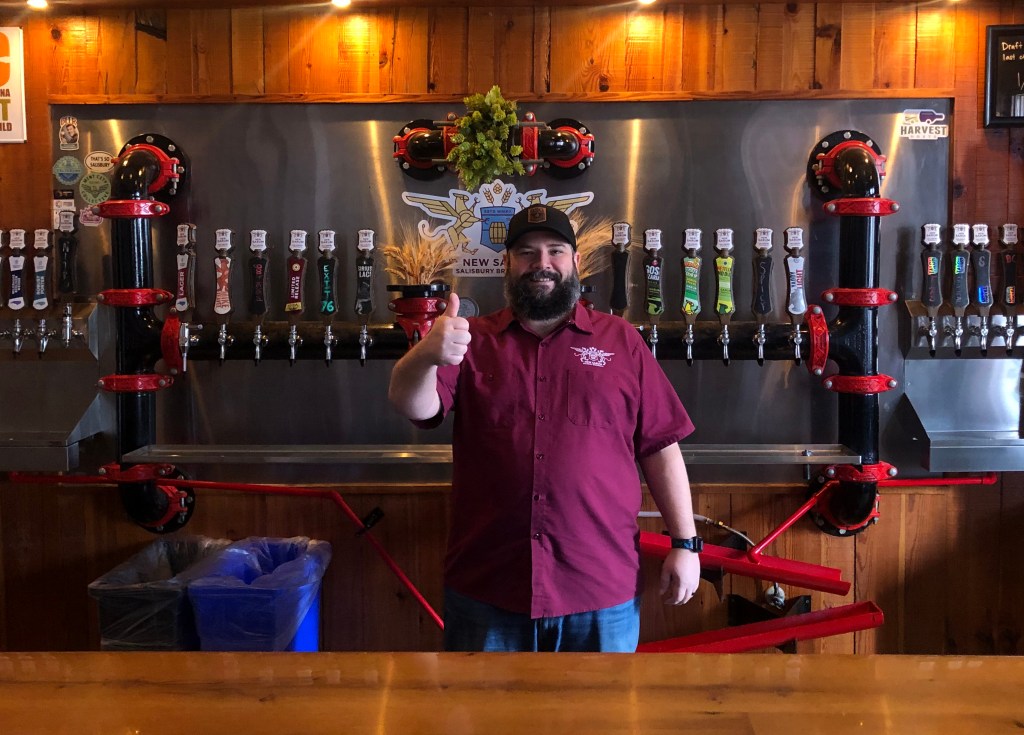 Maben on Bevana: "I think we've done a great job with our brand and had to find something that was going to take it to the next level."

SALISBURY — It’s never a bad idea to ask for help. That’s what New Sarum Brewing Company did when they partnered with Bevana, a company that “connects artisan beverage makers with eager customers that they would otherwise be unable to reach.”

Andy Maben, co-owner and brew master at New Sarum, has known people working at Bevana for years and pushed for them to help with distributing their products to other parts of the country.

“What it’s going to do is take our production of beer to a whole other level. Meaning, I have the representation that I really need in the market, especially since the beer industry is vastly changing every single solitary day.”

New Sarum beers will now be available through online ordering in 42 states and will be sold in bars and restaurants in 15 states. They are working on getting in grocery stores as well. Maben said they have been planning this for eight to 10 months. Ever since COVID peaked, beer distributors have been seeing more profitability in online disbursement and New Sarum has felt the effects.

“Everything you think of business: business plan, marketing strategy, sales, quality of product, all those things we were checking the boxes of and we weren’t still able to get the beer to people,” Maben admitted.

New Sarum Brewing has spread to North and South Carolina, but since alcohol is heavily mandated, it can be tough to obtain growth in the marketplace. Their affiliation with Bevana should help make that whole process relatively simpler to manage.

“Alcohol is a three-tiered system. You have a manufacturer, a distribution center and then a retailer. It’s always been that way. This is kind of that medium ground, which is still brand new, kind of gray….They’re 100 percent facilitating our brand growth and how they’re doing that is with partnerships they have made over the years with different distribution centers in different states,” Maben said.

Bevana is now the new point of contact with the distributors for New Sarum. Bevana will send purchase orders, New Sarum will fill them, and then it will get distributed to all of the states that they are now newly located in. Some of the beers that will be available in other states are Old Stone House IPA, Hurley Park Blood Orange Wheat Ale, and Yadkin River Lager in 12-ounce cans. To go along with that, they have a co-packing clause with Bevana where they will be producing other kinds of beverages for them.

Maben is just happy to not worry about all the red tape in the development of their brand so that he can “focus on producing the high quality beverages we’ve always done.” He hopes that with the expansion of New Sarum, Salisbury can reach the rest of the country, too.

“This just proves how much I care about it to where I am actually trying to push out and show people what our city can do,” Maben said. 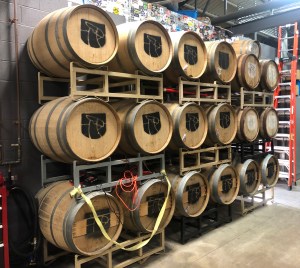 New Sarum’s size means it always has plenty of beer in stock.