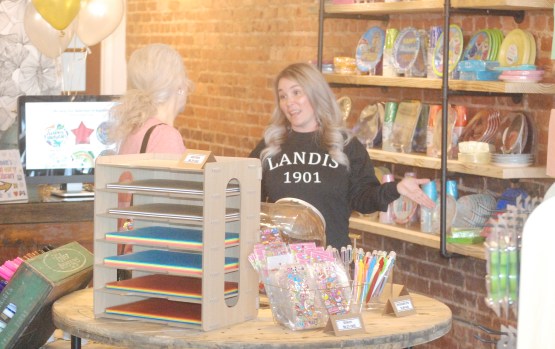 Nikki Watts, right, opened the Paper Factory in Landis so that she could help her community throw whatever kind of party they could imagine. - Chandler Inions 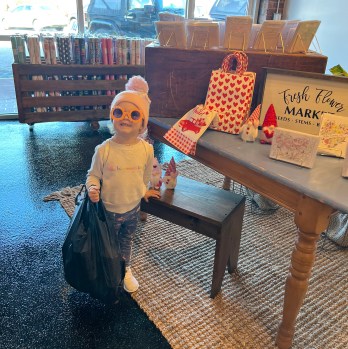 Aubrey Dietz shops around The Paper Factory for supplies for her mermaid-themed 3rd birthday party. - Submitted 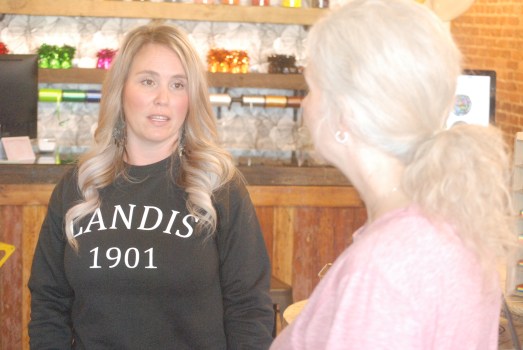 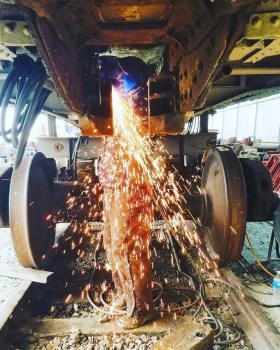 Nikki Watts doesn't limit herself to party supplies. She's a seasoned mechanic on the side. - Submitted

LANDIS — If you cling to your roots, it is said they will not wash away. Newly minted Landis small business owner Nikki Watts has taken that advice seriously and hopes her children will one day do the same.

Watts celebrated the opening of the Paper Factory, a party goods store at 129 South Central Ave., on Jan. 7. For the Landis native, the business represents more than just a livelihood but an extension of her past and a bridge to her future.

Home for Watts is a house on North Chapel Street with her fiance, Brandan Hatley, and her daughters, Kadance, Brayleigh and Annalise. It is the same house where her grandmother was born and raised. Her mother and uncles were raised there, and so were Watts and her brother. She inherited the home when her grandparents moved into the house next door, which had belonged to Watts’ great-grandparents.

“We have a lot of deep, deep roots in the community,” Watts said. “I know a lot of people here and went to school at the same middle elementary and high school that my kids are going to.”

That is how Watts decided that Landis was where she needed to be.

“After I saw businesses popping up, I thought how lovely it would be to be a part of the revitalization of the community I have been in for so long,” Watts said.

The Paper Factory draws its namesake from a store in Kannapolis that Watts frequented in her youth.

“You could find any kind of party ware you wanted there,” Watts said. “People went there to buy wrapping and tissue paper. It had all sorts of knick-knacks and tons of stickers, erasers and pencils. You name it, they had it. I can remember shopping there with my mom as a kid.”

While the store represents a new layer to Watts’ cake, she has been directly and indirectly involved with throwing parties for most of her adult life.

“I have made cakes for the public for 14 years,” Watts said. “I have done some event planning on the side. Party decorating and creating is kind of my thing, my niche.”

Watts indicated that she had always wanted to be a small business owner but that life forced her down other paths.

“I had kids,” Watts said. “It’s hard when kids are young, but my kids are older now. I thought this would be prime time.”

Although she always kept her ear to the ground about opportunities, Watts did not follow the typical playbook for opening the Paper Factory.

One night last year, Watts was sitting on her couch when she felt the urge to drive into town.

“I saw the shops and thought I just need to find out who owns those,” Watts said.

She was able to find out and make arrangements to move in. From that moment, the ball started rolling.

“I knew when I came up here that this was going to be my space,” Watts said. “We spent a couple of months renovating the area.”

Since its first foray into business ownership, Watts has had her fair share of butterflies.

“I’m a little bit nervous,” Watts said. “This is the first time I have ever owned a business. I want to tell you that I know what I am doing, but I am just figuring it out by the day.”

While she used to bake cakes professionally, Watts indicated that she doesn’t have the time to do it on that scale anymore. Still, she admits, old habits die hard.

“There are some people I have baked cakes for since they were born,” Watts said. “That’s something you can’t just quit.”

Watts still has a part-time job, and it might surprise you to learn the party-supply store owner is also a subcontractor for Willetts Railcar Services in East Spencer.

“We restore and rebuild private rail cars as well as custom order rail cars for the railroad,” Watts said. “I weld. I do metal fabrication, interior design, and woodworking for them.”

Watts is quick to point out that the jobs are similar.

“This all goes back to my niche, which is taking nothing and making it something,” Watts said. “You might see something online and think, I have to give my kid this birthday party. We have to figure out what we need to do to make it happen. Whether it’s parties, building trains, or remodeling my house, it’s just my thing. It’s what I love to do.”

She aims to deploy that same mentality every day at the Paper Factory.

“I am giving back to my community by being here in Landis,” Watts said. “I love helping people. I love planning parties and wrapping gifts.”

Through it all, Watts maintains her gaze on the ultimate goal.