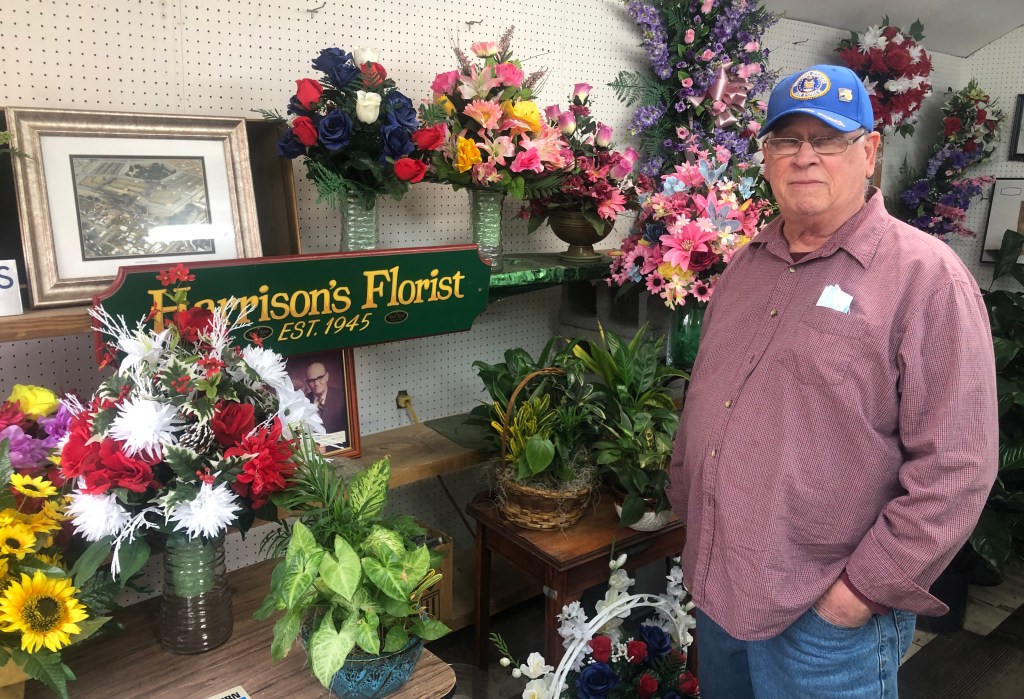 David Harrison has been running Harrison's Florist since 1975.

SALISBURY — One of the best parts about history is the mystery that surrounds it. Simple questions that some ask end up without finding out all the answers, even with internet research and library visits. It can still lead to nothing. What a person is left with is an idea on what happened and what begins to take shape is a puzzle that may never be solved.

David Harrison, owner of Harrison’s Florist, has his own puzzle that he’s been trying to solve. A few years ago, Harrison’s neighbor’s mother passed away and in her belongings, they found an old blueprint of their neighborhood on Holmes Avenue. Knowing that Harrison is a self-described “historian of Salisbury,” they gifted him with the blueprint.

“It’s 1907. At the time, I know for a fact, there’s probably no houses here,” Harrison said as he pointed on the map where his house now stands.

Harrison has lived in Salisbury his whole life and just like the map, has stuck around here all these years even when others have left.

“I lived right here within two or three houses my entire life, other than the couple years in the military. All these people living around here, all the original people are dead and gone or moved away and I’m really one of the, probably the only one left in this entire section,” Harrison said.

The blueprint says “Map of Fair View” and this adds a question for Harrison that he hasn’t been able to answer yet.

One well-known figure whose name is on the map is a J.S. Henderson or John Steele Henderson, a lawyer and politician who served Salisbury and Rowan County. Harrison surmised Henderson was a part of the group that owned the land in question. Harrison thinks that if those same men saw what Salisbury looks like now, they’d be in for quite the surprise.

“They’d be shocked, I’m shocked right now how much growth this whole section has gone through, particularly the hospital area. It’s fascinating that Salisbury has grown so much,” Harrison said.

Harrison keeps the map on display in his store where some customers ask him about it when they come to shop. He plans on keeping it  since it shows a personal snapshot of where he grew up.

“History progresses constantly and everything changes constantly,” Harrison said. “I feel like this is a piece of Salisbury that I actually know.” 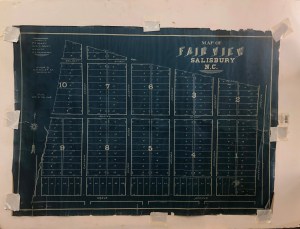 Harrison believes a gold mine was located near his home, but he has not found any historical evidence stating so.