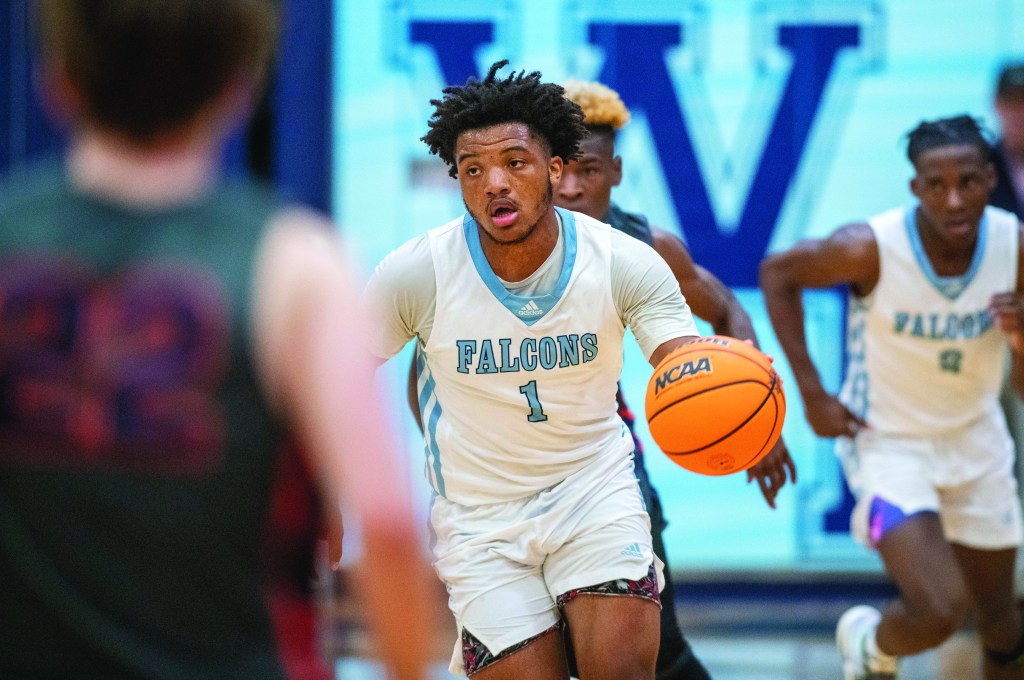 MOUNT ULLA — West Rowan’s 68-58 victory against Concord was awfully big and kept the Falcons in the battle for second place in the South Piedmont Conference.

West won the Sam Moir Christmas Classic for some serious bragging rights, but this was probably the Falcons’ strongest effort of the season.

The fourth quarter — a 22-12 edge — probably was West’s strongest quarter of the season.

“Just kept fighting,” West coach Dadrian Cuthbertson said. “The guys stayed together and got the stops we needed at the end.”

The Falcons had to bounce back from the shell-shock of Tuesday when an undefeated Central Cabarrus team ran over them and running-clocked them.

After a four-point night against Central, Will Givens Jr. showed what he’s made of against Concord. He shot 6-for-10 on 3-pointers, scored 24 and had eight rebounds.

Athan Gill scored 17 and had three big buckets in the fourth quarter.

Kayvone Norman scored 12, and when he’s in double figures, giving the Falcons a third scorer, they are hard to beat.

Concord’s big scorers got their points, but they had to take a lot of shots. James Smith scored 18 on 7-for-19 shooting, while Brayden Blue’s 14 points came on 5-for-19 shooting.

LANDIS — East Rowan’s boys won, as expected, at South Rowan, giving the Mustangs back-to-back victories in the county and in the South Piedmont Conference.

East (5-9, 2-4) got 13 from Dylan Valley, a career-high 12 from Tyquan Danzine and 10 from Jonathan Wembolua, who bounced back from a scoreless game against Carson.

“We played with a lot of intensity and played very hard on the defensive end,” East coach Andrew Porter said. “We mixed things up on defense and kept South from getting comfortable. Defense sparked our offense, and we attacked hard with the drive and kick and shared the ball a lot.”

East led 24-8 after a quarter and was in control 43-20 at halftime. East made it a blowout with a 30-point third quarter.

Dalton Young scored 13 for the Raiders. Drew Blackwell had a career-best 11.

The two-game winning streak has Porter thinking playoffs. It’s a realistic goal. East is 38th in the 3A West RPI rankings (Carson is 35th) and 32 teams will make the bracket.

“We’re practicing hard and playing well and we want to finish the season strong,” Porter said. “We’re going to win as many as possible and try to get in the playoffs.”

There was no shame in it. The Vikings (17-0, 7-0) are the only undefeated team in 3A and they’re  beating everyone in the SPC by scores like that.

Jaiden Thompson scored 29 points for Central. Chase Daniel had 15, while Gavin Bullock had 13.

Carson (7-8, 0-6) shouldn’t have much trouble putting this one in the rear-view mirror.

While they still have no SPC wins, the Cougars are still very much in the playoff mix as the No. 35 team in the 3A West rankings. They just have to pull off an upset or two, and they would need to win their two games with South Rowan and their home game with East Rowan.