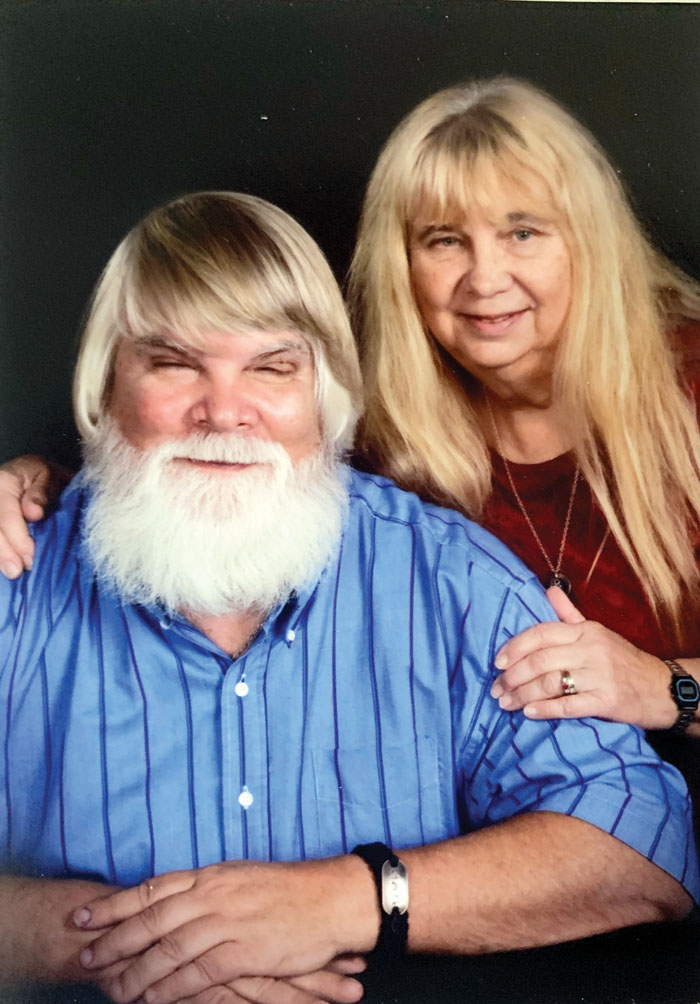 You might think love at first sight is just an overused Hollywood trope, but Terry Eller will tell you otherwise.

He knew he loved Myra Jane Gaskey the first time they met while dragging Main Street in Salisbury back in 1971, and it turned out he was right.

The once popular and now outlawed extracurricular activity known as “dragging” likely conjures to mind at least a memory or two for anyone around to experience it. For Myra Jane and Terry, it will always mean much more.

“If we hadn’t been dragging town, I don’t know that we would have met,” Myra Jane said. “I was driving, and my sister was riding. She was talking junk to them, you know. She was the talker, I was more, just let me drive, and you do all the talking.”

Myra Jane and her sister, Shirlene, were in a white 1965 Ford Galaxie. Meanwhile, Terry was in a 1971 Pontiac Ventura with his friend, Johnny.

“You got to know all sorts of people from dragging,” Myra Jane said.

When Terry discovered that the sisters were planning to go to the Rowan County Fair the next day, he and Johnny agreed to meet them there.

The fair would be the site of their first kiss, which happened on the Octopus ride.

“When I first met her, it just seemed right,” Terry said.

However, Terry’s affection was not immediately reciprocated.

“He wanted to go steady right away,” Myra Jane said. “I wasn’t sure.”

The two did start dating and wound up in Myrtle Beach for the Fourth of July in 1972. There was an apartment complex in Myrtle Beach called Mooney’s, owned by a man with ties to Rowan County, and many people from Salisbury would stay there.

“They always had copies of the Salisbury Post and Cheerwine in the bottle since so many people from Salisbury would rent from him,” Myra Jane said.

Meanwhile, Terry and his family stayed at Sherwood Forest, a campground not too far from the apartments.

“We just ended up randomly being down at the beach at the same time for the Fourth of July,” Myra Jane said. “Since we were dating at the time, I thought, well, this works out good.”

Terry would drive his Pontiac Ventura to the apartments to see Myra Jane but had to walk back home due to the engine’s noise.

“I didn’t want to crank it and wake everybody up,” Terry said.

It was only a short time before the ordinary summer beach trip would turn into one they would never forget.

“Near the end of the trip, we would walk up and down the beach all the time, but we went out on the pier,” Myra Jane said.

Terry proposed to her on the fourth seat on the left, underneath the fourth light post at the Windy Hill Pier.

Through the fire and rain

Myra Jane’s father worked for the Coca-Cola facility in Salisbury and helped Terry get a job there. Unfortunately, about a week after the couple was married, Myra Jane’s father died suddenly, leaving Terry to take over his route.

“She’s a cougar,” Terry said with a wide grin.

The couple would soon celebrate the birth of twin daughters, Tonya and Sonya.

Not long after the birth of their son, Myra Jane became pregnant with another daughter Lauren Renea.

“I was the homemaker, and he worked,” Myra Jane said. “Even back then, to pay somebody to keep your children didn’t make sense to us.”

As parents, the Ellers have had to watch their children go through near-death experiences. Lauren Renea and Joshua Shane were both involved in serious car accidents. Through those trials, the Ellers found solace in one another. However, when Terry was injured on the job in 2014, much of the weight fell on Myra Jane. Forty surgeries later, Myra Jane still says she would do it again.

“You just do what you gotta do,” Myra Jane said. “The only time I couldn’t was when I had my back surgery.”

Terry added, “She is the reason I’m still here. Most men think they are the backbone of the family, but that is wrong. A man cannot do what a woman does.”

“Don’t try to marry anyone to change them,” Terry said. “You will collide.”

Fortunately for the husband of 50 years, it was never a concern of his.

“I didn’t see anything in here that needed changing,” Terry said. “It just, at least, it seemed to me to be perfect.”

Terry will tell you he lucked out, but a certain compatibility drew the couple together.

“You have your ups, and you have your downs, but you have to marry someone that you are compatible with,” Terry said. “Marry your best friend. Ask what she likes to do because if you don’t like doing what she does, you got a problem.”

The couple indicated they love visiting the beach, gardening, and hiking together, although Terry’s 2014 accident has hampered hiking lately.

“The one thing she doesn’t do with me is singing in the choir,” Terry said.

Terry joined the South Salisbury Fire Department and has volunteered there for 45 years. Myra Jane joined that same year as a lady auxiliary member.

“If we were out on calls and didn’t get fed, she and other ladies brought food and drink to us out on the scene,” Terry said.

Myra Jane, “That is just what you do.”

“It does not seem like 50 years,” Myra Jane said. “It is hard to believe that it has been that long.”

Terry is known for his trademark Santa-esque appearance, a far cry from the baby-faced teenager Myra Jane said couldn’t even grow a beard when they met.

Through the years, the family and love have only grown. Today, the Ellers have seven grandchildren and a great-grandchild. So what’s up next for the Ellers? Only time will tell.