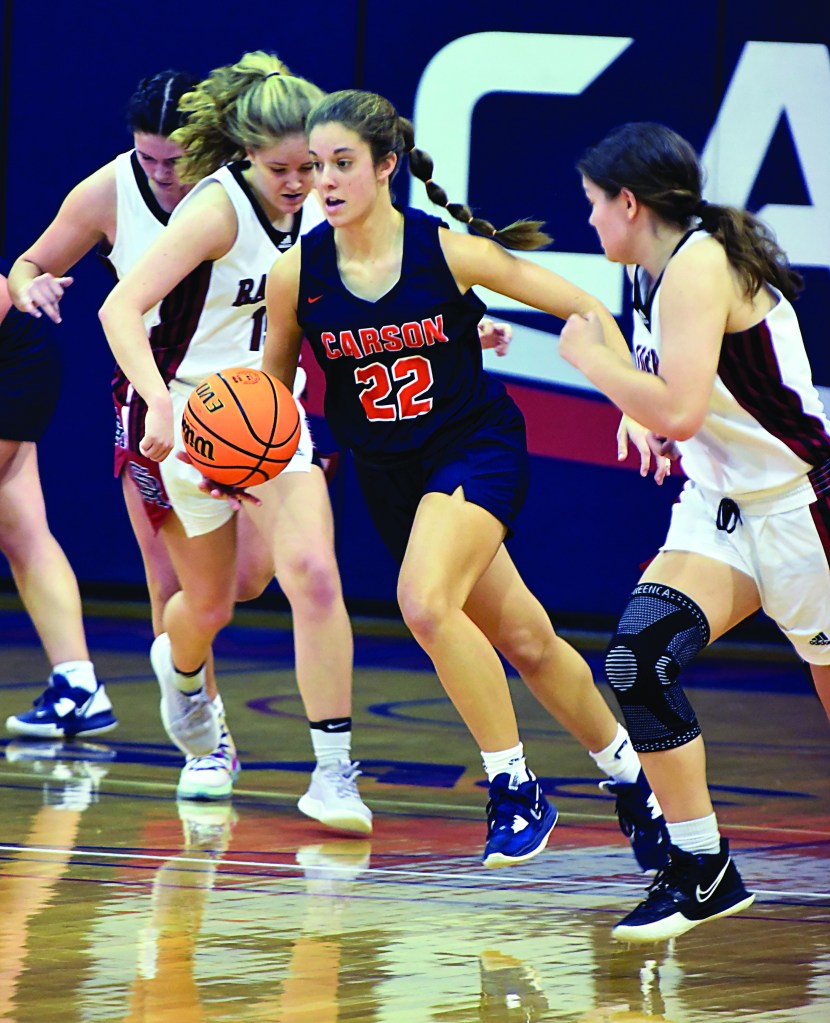 "Carson's Allie Martin 22 gets a rebound and starts a fast break. Photo by Wayne Hinshaw"; for the Salisbury Post..

STATESVILLE — Even on the gloomiest nights this season, Carson coach Brooke Stouder always has been able to locate a ray of sunshine.

On Wednesday at Statesville, despite a 53-38 loss, Stouder didn’t have to look very hard for something to feel good about.

Sophomore Allie Martin scored 26 points, 13 in each half. Her previous best was 20 when the Cougars (2-12) beat South Rowan in the Christmas tournament, so 26 was quite a jump.

“She really battled tonight,” Stouder said. “Had some early turnovers, but then settled in and was tough mentally.”

Statesville (3-9) shot the ball better than it normally does. If the Greyhounds had experienced an average shooting night, Carson would have had a chance for an upset.

But the Greyhounds wrecked the scouting report by making six 3-pointers in the first half. The girls who made them were girls that Carson wanted to shoot, but sometimes it works out like that.

You play the percentages, based on the season, but on any given night almost anything can happen.

Statesville got up big early with those 3-pointers and led 18-3. Carson’s couldn’t get out of that hole, but at least it was an even game after that.

“We were 10-for-24 on free throws,” Stouder said. “That’s the glaring stat that we’ve got to get better at. Making free throws is controllable.”