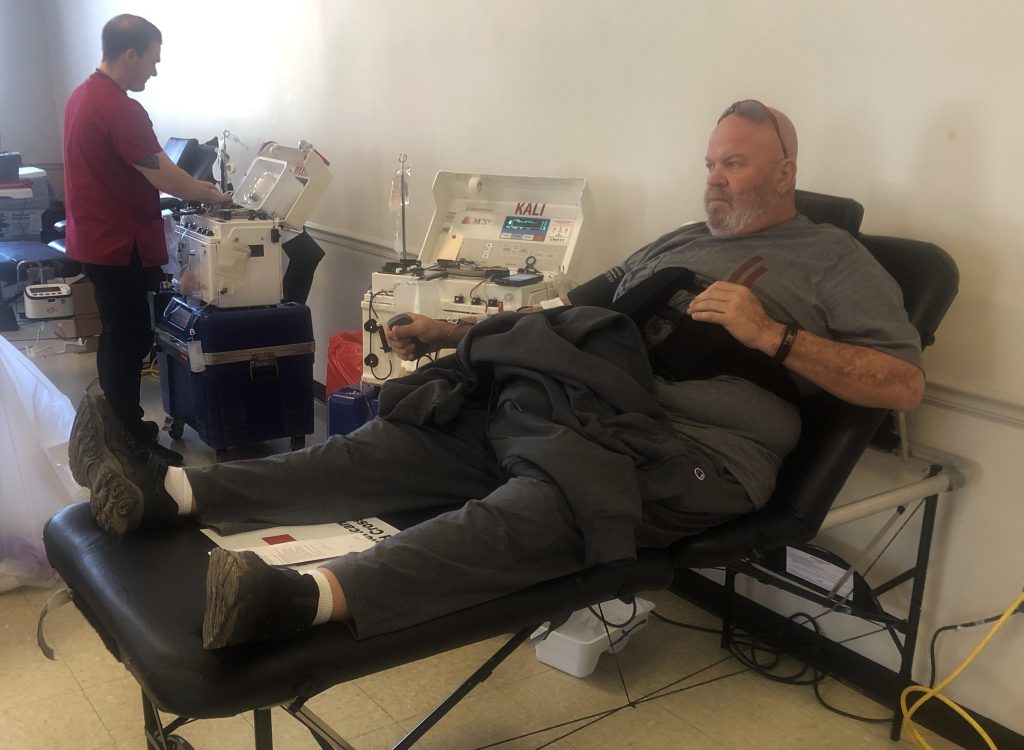 Besides local emergency responders, average citizens did their part to give back.

SALISBURY — On Wednesday afternoon, the Salisbury Police Department hosted a “Battle of the Badges” blood drive at the Park Avenue Community Center.

The Salisbury Police Department, Salisbury Fire Department, Rowan County Emergency Medical Services, Rowan County Sheriff’s Office, and the Dispatch Center each competed to see which department had the most donations at the end of the day. Residents were also encouraged to take part and donate.

“One thing about emergency services, we’re always competing. It just made sense, it kind of gives a drive to be able to go out and get more people, puts a little fire under us to be able to say, ‘Oh, beat this person.’ ‘I beat this department,'” Officer Azende King said.

January is also National Blood Donor Month and with the amount of blood donations decreasing, it seemed like the perfect way for Salisbury to try something new.

“People being scared from the pandemic and then having the vaccines and not knowing what’s safe or not safe. People just don’t want to do it anymore, the world has changed a lot since the pandemic so we’re seeing some of those residual effects now,” King admitted.

Participants were asked to vote for the department they were supporting, and the final tally had the Salisbury Police Department coming out on top with the most votes from donors. They will receive a “Battle of the Badges” plaque to keep until the next challenge. Officer King stresses the importance of giving blood and hopes people can start thinking about it as a difference maker for someone in need.

“I believe that it is something that needs to be done. I always try to remind people, ‘What if it was me?’ What if you’re that person in the hospital that needs that blood and there’s none available? Or there’s a shortage? Or they don’t have your type? This is a way that not only helps yourself, but helps others in our community. So, we have a civic duty to do it.” 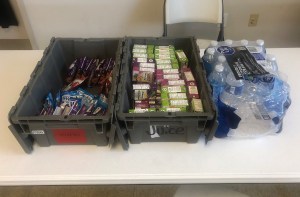 Snacks were on hand for people to have after donating blood.