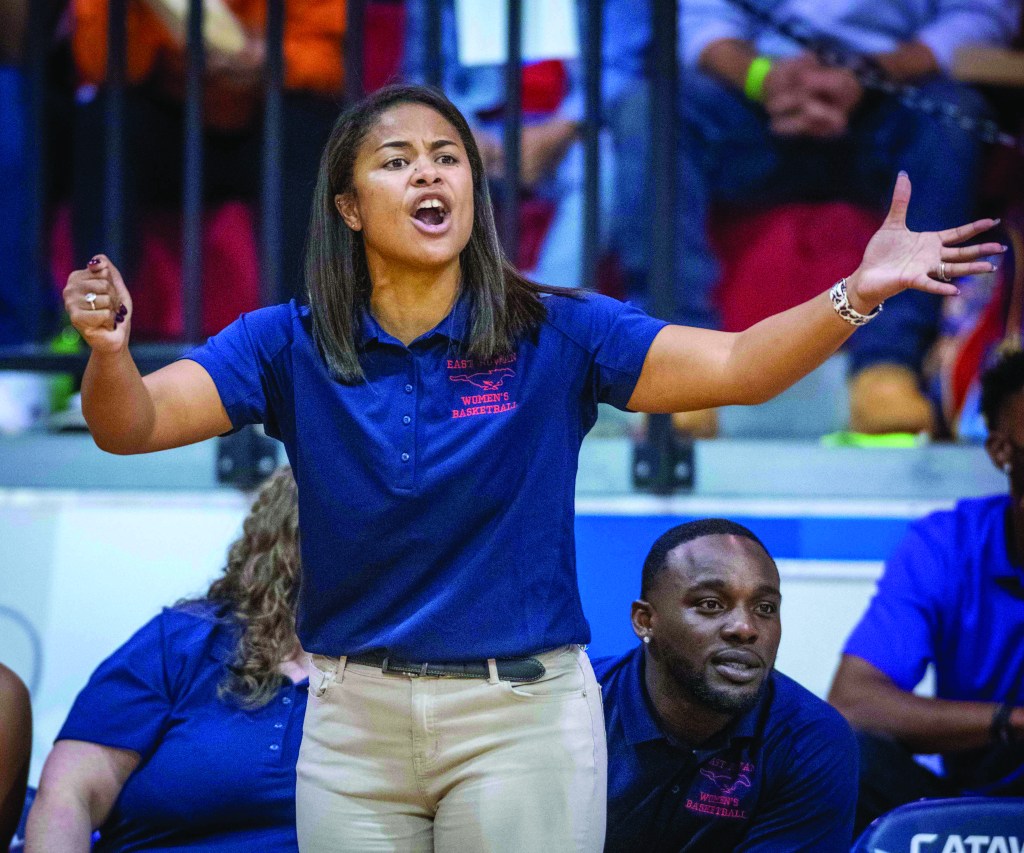 East Rowan’s girls had one on Tuesday and used it to beat Carson 57-39 for a South Piedmont Conference win.

Not having Church and Cook means the Mustangs have subtracted about 17 points per game, but everyone stepped forward  in the win over Carson. East got 4s, 5s and 6s from all over the place.

Carson (2-12, 1-4) has struggled, as expected, during a rebuilding season, but the Cougars didn’t look like a 2-12 team in the first quarter.

“The best start to a game we’ve had,” Carson coach Brooke Stouder said.

Allie Martin had a three-point play as the Cougars jumped out to a 7-2 lead. Carson led 13-10 after a quarter.

Julia Burleson made a mid-range jumper for a 15-10 Carson lead, but that’s where Carson peaked — and where the Mustangs launched their 22-0 run.

Lily Kluttz and Kady Collins scored to get it started. Hallie Cox tossed in a 3-pointer to put East ahead 17-15.

Hannah Waddell, East’s leading scorer, got her first two points when she rebounded a teammate’s airball and laid it in for 19-15.

Then East got back-to-back 3-pointers from Peyton Whicker and Waddell, and it suddenly was 25-15.

Jadyn Steele scored for the Cougars to finally end a six-minute drought, but the game had been decided by then.

“We did a good job of containing Hannah Waddell, but you look at the scorebook and everyone who played for them scored,” Stouder said. “They just killed us in the second quarter. I was really impressed with East and how hard they play. Bri Evans is doing a great job with them.”

Martin had 12 points and 10 rebounds for the Cougars. Brooklyn McBride went 7-for-8 at the foul line.

East (8-6, 4-1) bounced back from an overtime loss to Central Cabarrus and plays South Rowan on Friday.

The Knights (9-5, 3-3)  made five 3-pointers and got 13 points from freshman Callie Genece and 11 each from veterans Jade Taylor and Jenna Mostert.

Taylor had 15 rebounds, including seven on the offensive end. Julia Zelando had six assists.

The Knights shut out Madilyn Cherry, South’s leading scorer. Cherry had scored 15, 21, 16 and 17 in her previous four games.