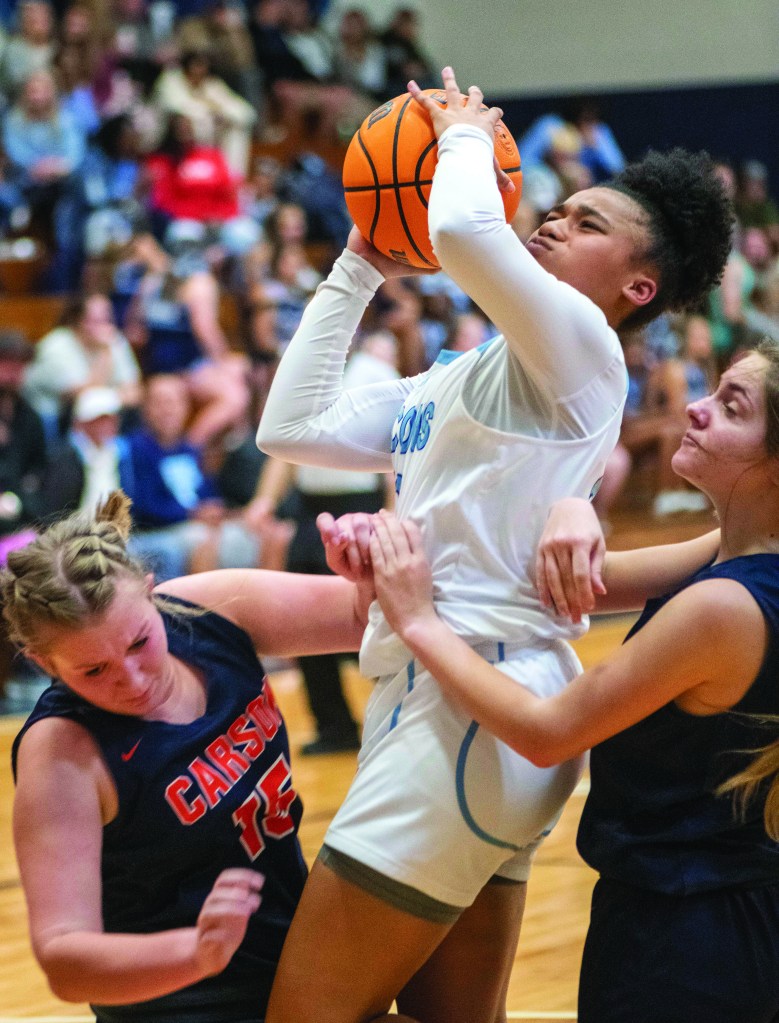 Central’s Vikings are in the running for second place in the South Piedmont Conference — you can also throw East Rowan, Northwest Cabarrus and Lake Norman Charter into that mix of potential second-place teams — but there’s a wide talent gap between West  (12-0, 5-0) and everyone else in the league.

Emma Clarke scored three buckets in a hurry as the Falcons jumped out 9-2, but Central (9-6, 4-2) answered with a 9-0 run on layups and stick-backs. West’s defense wasn’t sharp in the early going.

Lauren Arnold’s three-point play gave West a 14-13 at the end of the first quarter.

The Vikings stuck right with the Falcons well into the second quarter. West led by just 20-18 with 3:28 left in the period, but then the Falcons had a 10-0 run to close the half. Tiara Thompson made a 3-pointer, Arnold hit the offensive board hard, and Clarke scored twice in that closing surge that proved decisive.

“It was a little rough and Central played hard and had a great crowd behind them,” West coach Ashley Poole said. “It took us a while to settle in, but by the second quarter were were playing better defense and taking better care of the ball.”

West’s superior speed and depth gradually wore out the Vikings. West pushed its lead to 19 by the end of the third quarter, and won going away.

Kyra Lewis scored 17 for the Vikings.