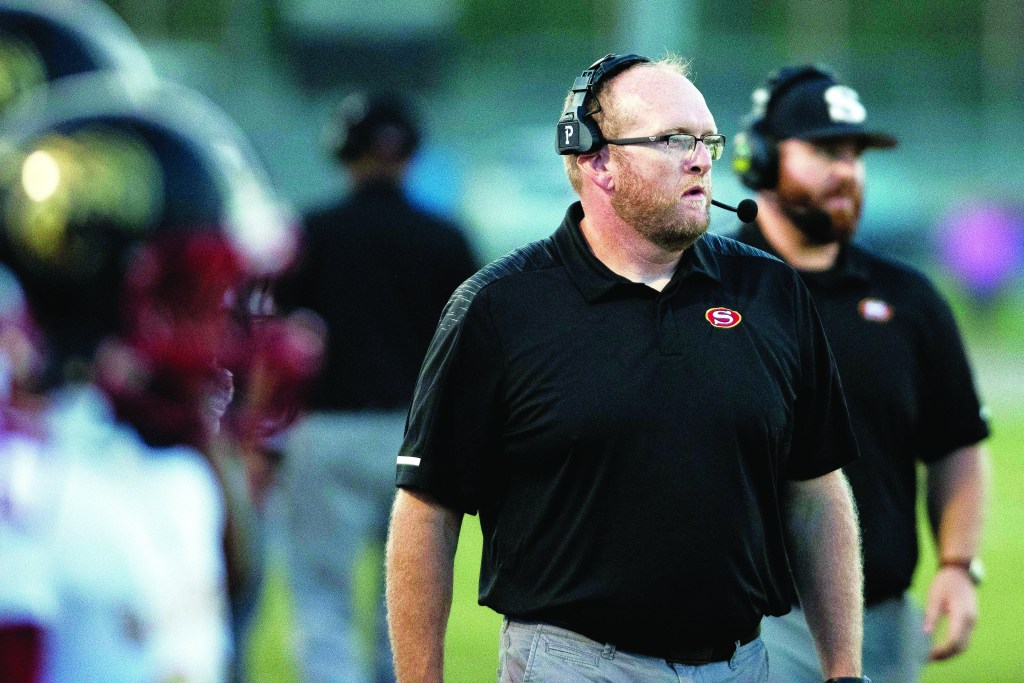 CONCORD — Brian Hinson, who led Salisbury’s football team to a state championship in the spring of 2021, was announced on Tuesday as the new head coach at West Cabarrus.

Hinson has been serving as Salisbury’s athletic director. He will be able to focus on football at West Cabarrus, the Concord school that opened in the 2020-21 school year.

He’s got a challenge ahead of him. The Wolverines were 0-10 in 2022 and there’s a gap between them and most of the 4A Greater Metro Conference, which includes Mooresville, Lake Norman, Hickory Ridge, Cox Mill, A.L. Brown and South Iredell.

Hinson won’t have to relocate his family. He said it’s 27 minutes door-to-door from his house to West Cabarrus.

He has two daughters. The oldest, Elinor, has been a factor for Salisbury track and field and volleyball. Hinson said the plan is for her to join him at West Cabarrus.

Hinson came from Montgomery County to star as an offensive lineman for Catawba during David Bennett’s coaching run.

He returned to Rowan County as head coach at East Rowan for the 2007-09 seasons, two of which were very successful.

He was hired as offensive line coach at Catawba and served there until he was hired as Salisbury’s head coach prior to the 2017 season.

He had a great run with the Hornets, who won Eastern and Western Regional championships during his tenure. Salisbury was state runner-up in 2019 before winning a state title in the COVID-delayed 2020 season that was played in the spring of 2021.