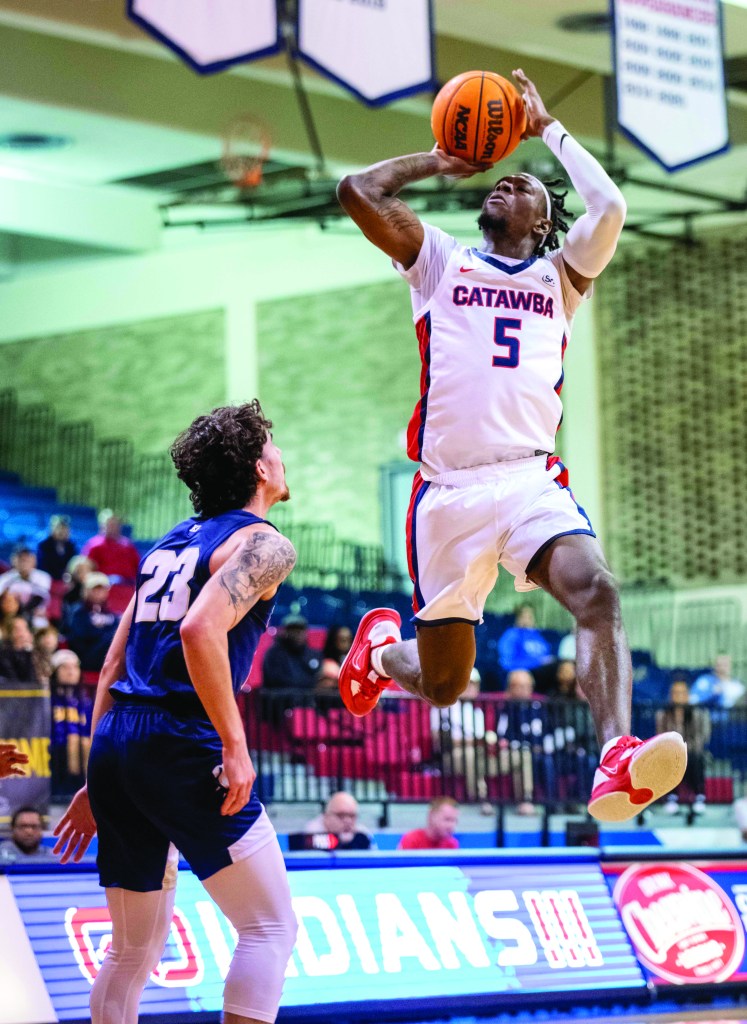 SALISBURY, N.C. — Catawba pulled away late to record an 85-72 win over Newberry in South Atlantic Conference men’s basketball action on Wednesday night at Goodman Gym. The Catawba Indians up their record to 10-4 overall and 5-1 in the SAC. The Wolves move to 8-6 and 1-3.

Catawba jumped out quickly, but Newberry was able to build as much as a 10 points edge in the opening half. The Indians rallied in the final six minutes of the half to tie the game at 36-all at the break.

DeAngelo Epps scored 10 straight points for Catawba early in the second half that saw the Indians go from one down to six up with 16:12 left. Catawba went up by 11 with eight minutes play, but Newberry within five with two minutes remaining. After a basket by Peyton Gerald, Catawba turned two turnovers into quick baskets and the lead was back to 11 at 82-71 with 1:05 left.

Epps finished a huge game with 27 points, four rebounds and three steals. He hit on 8-of-12 shots and made 10-of-11 at the line. Gerald and Javeon Jones each added a dozen points and Adrian Scarborough scored 11.

Catawba heads to UVA Wise on Saturday for a 4 p.m. tip-off.