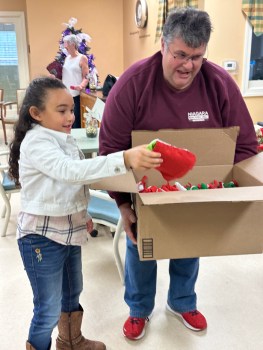 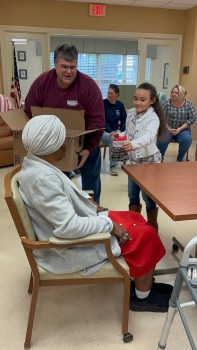 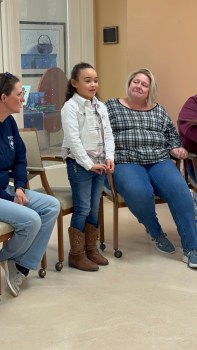 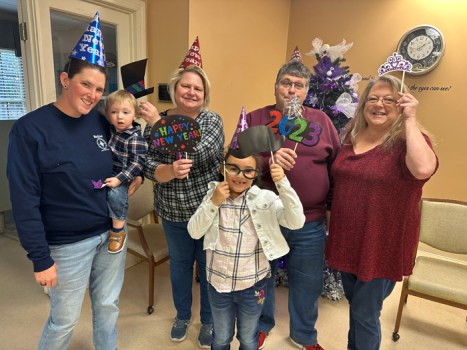 SALISBURY — There’s nothing a dream and a great spaghetti recipe can’t do.

Over the holidays, 6-year-old Peyton Clontz and her mother, Katie Clontz, were chatting about the future.

“We were sitting there talking and she said, ‘Mommy, I want to open a restaurant,’” Katie Clontz said.

After some further discussion, Peyton Clontz decided she wanted to serve spaghetti at this future restaurant. When her mother asked her what she would so with the money she made, Peyton Clontz answered, “I want to use it to help people.”

And with that, the idea for a spaghetti sale was formed.

With the help of her family, Peyton Clontz began spreading the word that she was selling spaghetti plates for $8 a person to raise money to help people. The sale brought in $400.

The sale was a success, now they just had to find someone to help with it.

Katie Clontz reached out to Trinity Oaks, a senior living community in Salisbury, and a representative told her about Trinity Living Center, which is a community-based adult day service designed to meet the needs of seniors and functionally and/or cognitively impaired adults. It is a program of Lutheran Services Carolinas serving Rowan County.

Peyton Clontz and her family used the money to buy each TLC participant a stocking with gifts inside and gave them out at the center’s New Year’s Eve party.

“The participants were so excited to see what a blessing Peyton truly is,” TLC Life Enrichment Director Andrea Moore said. “It gave them hope for the future of our youth.”

As the participants counted down, Peyton Clontz was also given the honor of dropping the ball at the party.

“She loved being there and doing that,” Katie Clontz said. “Our whole family is ready to go back and visit and help with whatever they need.”