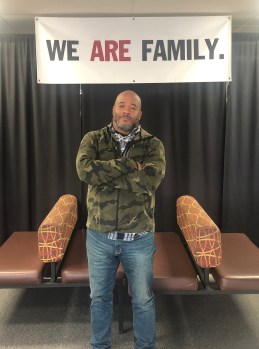 Anthony Smith believes gun violence is a universal issue. "This is more than about crime, this is about public health." 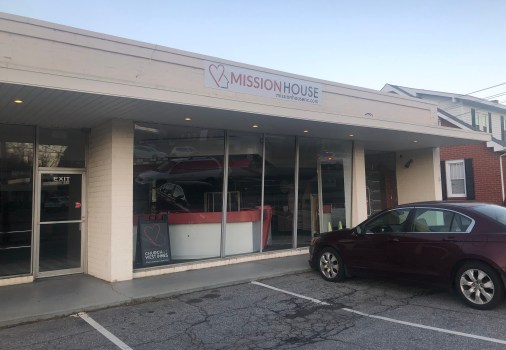 Mission House will host the other taking place.

SALISBURY — Gun violence is one of the nation’s biggest obstacles, with Salisbury being heavily affected by it. Coming up with solutions may seem daunting, but Salisbury City Council member and senior pastor of Mission House Anthony Smith is helping lead the charge toward trying to build a safer, better community and save lives.

In 2015, Smith came across Cure Violence, a global organization that specializes in identifying “hot spots” with high gun violence so employees who are from that area can stay on location to prevent further escalations. A young man who Smith knew through doing prayer walks in neighborhoods was shot and killed around this time, providing a further jolt for Smith to take measures to stop gun violence.

“I’ve been looking for ways, creative ways, to address gun violence. I stumbled upon the Cure Violence model because most times gun violence and violence itself is seen purely as a law enforcement, criminal, crime kind of thing. So, I was trying to find something out of the box that dealt with violence in a more holistic way,” Smith said.

Smith had watched a documentary featuring Dr. Gary Slutkin, an epidemiologist who treated ebola in Africa. When Slutkin came back to Chicago, he began to treat gun violence like a virus as way to end it. Cure Violence goes to areas where gunfire occurs most and tries to stop it from spreading before it’s too late.

“As a community organizer, I’m always interested in how the people can take responsibility for the public health and welfare of their own neighborhoods and communities. So, that’s what sort of drew me to Cure Violence,” Smith said.

When Smith ran for city council he made this part of his platform. After he was elected, Smith had Cure Violence representatives speak about the program.

On Jan. 17, a community session at the West End Plaza will be open to the public with a representative from Cure Violence available to answer questions. There will also be set days to plan neighborhood walks in suspected hot spots. On Jan. 18-19, other community sessions will focus on each specific entity in Salisbury that Cure Violence will collaborate with, such as law enforcement, faith-based organizations and nonprofit organizations.

Smith says after the assessment the whole process will involve a “step-by-step” basis with Cure Violence interruptors and case managers trying to find places to live and identify as hot spots of gun violence. Some of this is already underway with Smith and Cure Violence receiving reports from the police department.

Smith has been touched by gun violence since he was 14 when his best friend was killed. Cure Violence can be the next step in fulfilling a promise he has made to so many people whose loved ones have been taken by gun violence.

“I constantly hear the cries of mothers in my heart when I think about this work. This is not academic for me, this is not political for me, I just want to see less crime and less tears and more joy and smiles in our community,” Smith said.

For more information, you can view the “Bring Cure Violence To Salisbury” Facebook group.