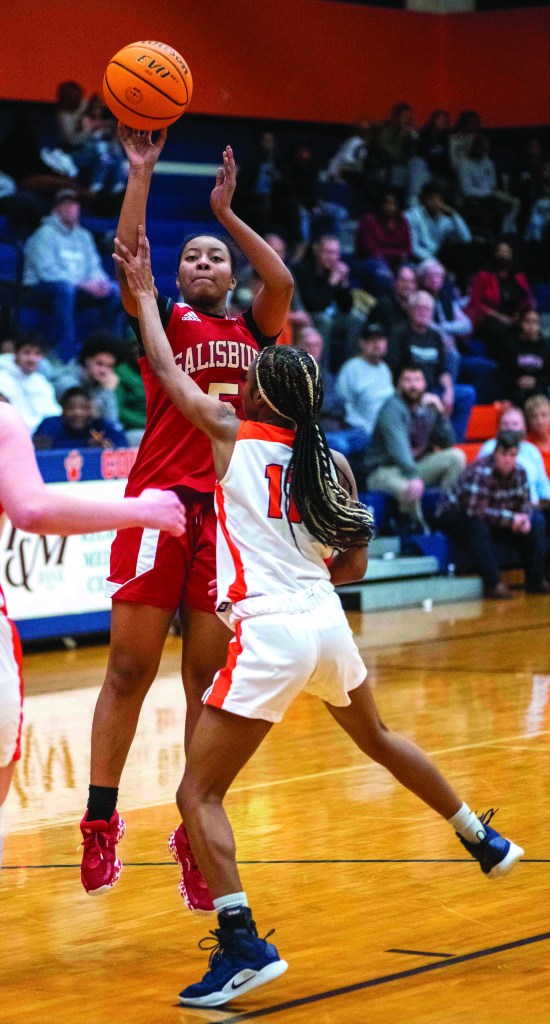 HIGH POINT —  Salisbury’s girls lost on Saturday in the Battle of the State Invitational played at TW Andrews High School.

The Hornets, defending 2A champs, were matched up with Carroll County, a school near Hillsville, Va.

Carroll County is the defending 3A champ in Virginia. The Cavaliers have all five starters back, including two All-State players, from a team that went 25-1 a year ago.

Salisbury still has two of last season’s starters and also has a group of talented, experienced reserves who have moved into the starting lineup.

‘Carroll County is very good, a lot like those strong Forbush teams we played deep in the state playoffs two years in a row,” Salisbury coach Lakai Brice said. “They run a great offense. They can shoot the ball.”

Carroll County got 29 points from Alyssa Ervin, a junior who was the Virginia Player of the Year as a sophomore. She’s a big, skilled high school guard at 5-foot-11 and has just about unlimited range. She has at least seven Division I offers from schools such as Appalachian State, Liberty and East Tennessee State.

Bryant had a 51-point weekend. She is averaging 20.8 points and has boosted her career scoring total to 1,441 points.

MaKayla Noble had 13 for the Hornets despite taking a blow to the face, but that was it. Bryant and Noble were the only Hornets who scored.

“It was a closer than it sounds like, basically a 10-point game before we fouled some at the end,” Brice said. “It still was a good game for us to play. It was important for us to play that kind of team. It’s all about getting ready for the playoffs.”

Salisbury will host West Davidson on Wednesday and will play at North Rowan on Friday.