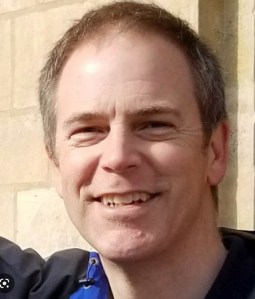 Thorsheim is professor of modern British history at UNC Charlotte, where he has taught for the past 22 years. While pursuing his doctorate at the University of Wisconsin-Madison, he was awarded a fellowship to spend a year at the University of Warwick in the United Kingdom. A decade later, he served as faculty director of Charlotte’s study abroad program at Kingston University in London, and he regularly teaches a UNCC study abroad course that includes 10 days of experiential learning in Scotland and England.

He has served on the British book prize committee of the American Historical Association, the national screening committee for the Fulbright U.S. student program to the UK, and as a resident historian on Viking Ocean Cruises.

He is also vice president of the international film club in Davidson and is a frequent speaker to community groups, the media and academic audiences. He has authored “Inventing Pollution: Coal, Smoke, and Culture in Britain since 1800,” and “Waste into Weapons: Recycling in Britain during the Second World War.” His most recent book is “A Mighty City under Threat: The Environmental History of London, 1800-2000.”

His current research focuses on the history of chemical weapons in Britain and the British Empire.  He earned a master’s degree and PhD in modern British history, publishing books and articles with leading presses and academic journals. He also teaches a course on Britain since 1914. He has given public lectures on decolonization, devolution, Brexit and Northern Ireland — all of which make the UK less united than it was when Charles’s mother assumed the throne.