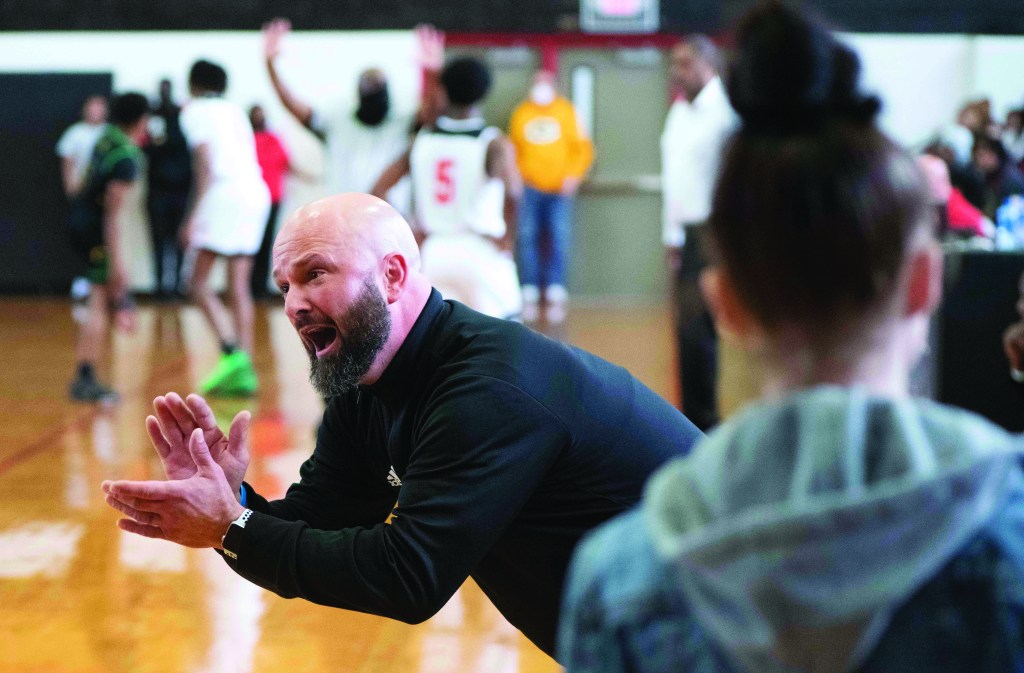 The only road warriors were the North Rowan Cavaliers. They turned in a memorable performance at West Davidson, socking the Green Dragons 93-62 in a Central Carolina Conference game.

When George Maxwell is on, there’s no stopping him, and he turned in a monumental effort with 10 3-pointers and 42 points. He also had 10 rebounds.

Ir was the second biggest scoring night in program history. Brian Paige scored 50 against North Stanly in the 1988-89 season.

“George was 6-for-6 on 3s in the third quarter,” North coach Jason Causby said. “He didn’t force anything, and all his points came within the flow of the game. Our guys did a great job of recognizing he was having a career night and they kept feeding him the ball.”

Amari McArthur did such a good job of feeding Maxwell that he turned in what may have been the most unique double-double in county history, despite scoring only five points. McArthur had 12 rebounds and 13 assists.

“He was selfless enough to focus on assists and rebounds,” Causby said.

Dyzarious Carpenter scored 11 points for the Cavaliers (8-6, 3-0), who are tied for first place with Thomasville. Carpenter made three 3-pointers in the second quarter. That’s what got North rolling after a slow start.

Jayden Polk added 10 points for the Cavaliers, who won their fourth game in a row. North has scored 92-90-87-93 during its winning streak.

“Proud of the guys for how they’ve bounced back after a rough start,” Causby said. “Pleased with how we’re scoring.”

Khamari Feamster made a last-second shot to lift North’s jayvees to a win.

The short-handed Hornets trailed by as many as five points in the second quarter, but they were able to battle back for a 29-23 halftime lead.

Juke Harris made five 3-pointers and scored 32 points to lead Salisbury to the convincing win over the Yellow Jackets (5-9, 1-3). Harris had 10 in the decisive third quarter.

Mike Geter scored 12 points. Hank Webb added nine, including a 3-pointer during that burst in the third quarter.

Will Givens Jr. shot the Falcons back into the game — he scored their first eight — and the Falcons grabbed the lead on some strong plays by Athan Gill.

Givens finished with 28 points. Gill scored 22, and the Falcons got scoring from seven more players.

“Lake Norman Charter is a good team, a lot taller than us, with 6-9 and 6-7, and they’ve got a very good point guard,” West coach Dadrian Cuthbertson said. “We did a solid job of walling up inside and making them make shots over us. Defensively, it was one of our better games, and we had one of our best rebounding games.  We got good minutes from a lot of people. The goal is to keep getting better every game, and I think we’re doing that.”

GRANITE QUARRY — Central Cabarrus scored 63 points in the first half and overwhelmed East Rowan 90-54 on Friday.

The South Piedmont Conference-leading Vikings (15-0, 5-0) weren’t very good from the 3-point line and made few trips to the free-throw line, but they shot 72 percent on two-point field goals, mostly layups and dunks.

The Daniel twins, Carson and Chase, combined for 22 assists.

“I thought we played OK,” East coach Andrew Porter said. “They are just too hard to guard. They play so unselfish and they keep the ball moving.”

Meanwhile, Concord (8-5, 4-1) made just about everything, The Spiders shot 63 percent from the field and put five men in double figures, led by Brayden Blue’s 18 points.

CHINA GROVE —  Northwet Cabarrus is one of those sneaky-good teams that may be in the battle for second place in the South Piedmont Conference.

Carson started strong, but the Trojans turned the game around by holding the Cougars to eight points in the second quarter.

It was a season-low point total for the Cougars (6-6, 0-4), who have a number of capable scorers.

Jonah Drye got hot in the third quarter and led the Cougars with 16 points. Colin Ball added 10.

Mason Trombley scored 10 to lead a balanced effort by the Trojans.