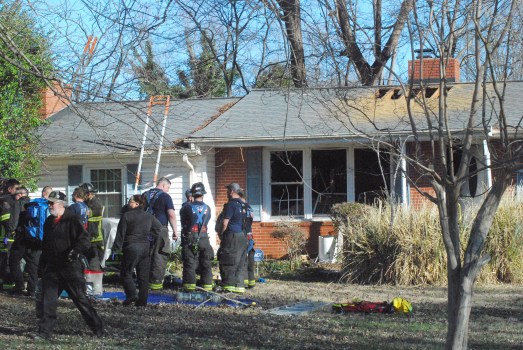 An attic fire in Kannapolis damaged much of the interior of an Englewood Street residence on Friday. - Chandler Inions 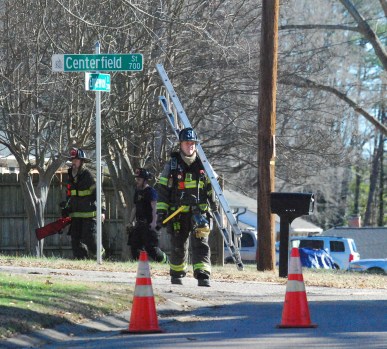 No one was injured in the Friday home fire in Kannapolis. - Chandler Inions

KANNAPOLIS — A Kannapolis man was able to get out of his residence uninjured during a fire on Friday, but the home was damaged.

Although he declined to be identified, the resident indicated he thought it was an electrical fire. Firefighters have not released an official cause. According to a neighbor, the resident came over and asked to use his phone to call the fire department.

The residence is inside the 2300 block of Englewood Street, near the intersection of Centerfield Avenue, just inside the Rowan County line.

The fire occurred shortly before 10 a.m. Responding crews from Kannapolis and Landis were able to extinguish the flames. It was first reported as smoke showing from the attic. Firefighters were forced to cut a hole in the roof as they worked to contain the blaze.

The resident said he had a place to stay since the damage to the home was so extensive.