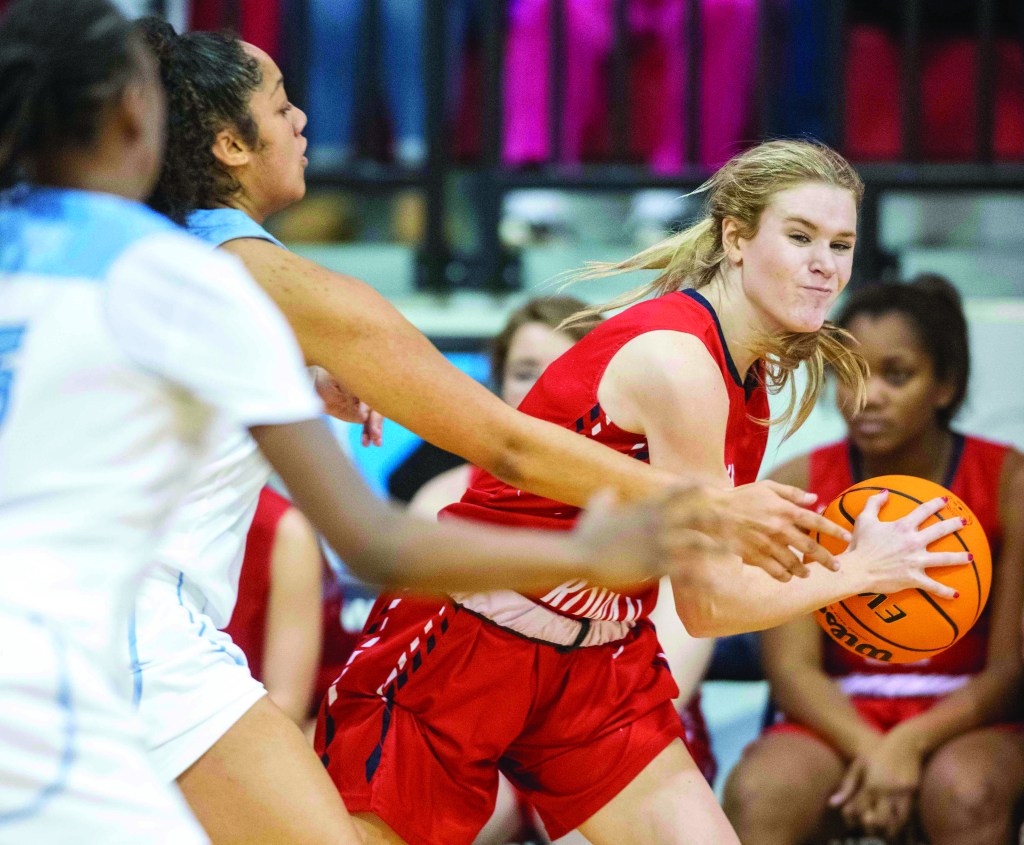 The 45-34 non-conference victory against West Stanly wasn’t exactly a work of art, but the bottom line is the Mustangs (7-5) have topped last season’s victory total.

East is 30th in the 3A West RPI rankings and is in the chase for a playoff spot. Thirty-two will make the 3A West bracket.

A loss to West Stanly, 3-11 and 34th in the 2A West rankings, would have hurt, but the Mustangs avoided that fate.

East trailed 3-0 at the outset, but Waddell made a 3-pointer to tie, and the Mustangs took the lead for good at 5-3 on a bucket by Lindsey Cook.

Waddell can shoot, but the first three quarters weren’t smooth for the Mustangs, who played again without Mary Church.

East had a good minute at the start of the fourth quarter. Waddell had time to measure a 3-pointer from the left wing and made it to trigger a sudden 9-0 East surge to 33-21.

East benefited from a banked-in 3-pointer during that spree, and Lily Kluttz forced two turnovers and got three points out of them.

West Stanly didn’t quit. A 3-pointer by Grayson Howell got the Colts back to 39-34 with a minute left.

But the Mustangs finished with another solid minute. Peyton Whicker and Waddell went 6-for-6 at the foul line to ice the victory for coach Bri Evans.

Mia Kluttz didn’t make any field goals, but she’s got some bounce and did a job on the boards for the Mustangs.

East is off to a 3-0 start in the South Piedmont Conference, with victories over Concord, Northwest Cabarrus and Lake Norman Charter.

East has a tough SPC game at home against a good Central Cabarrus squad on Friday. Central (8-5) is 20th in the 3A West RPI rankings.