High school girls basketball: Finally … the Raiders get one 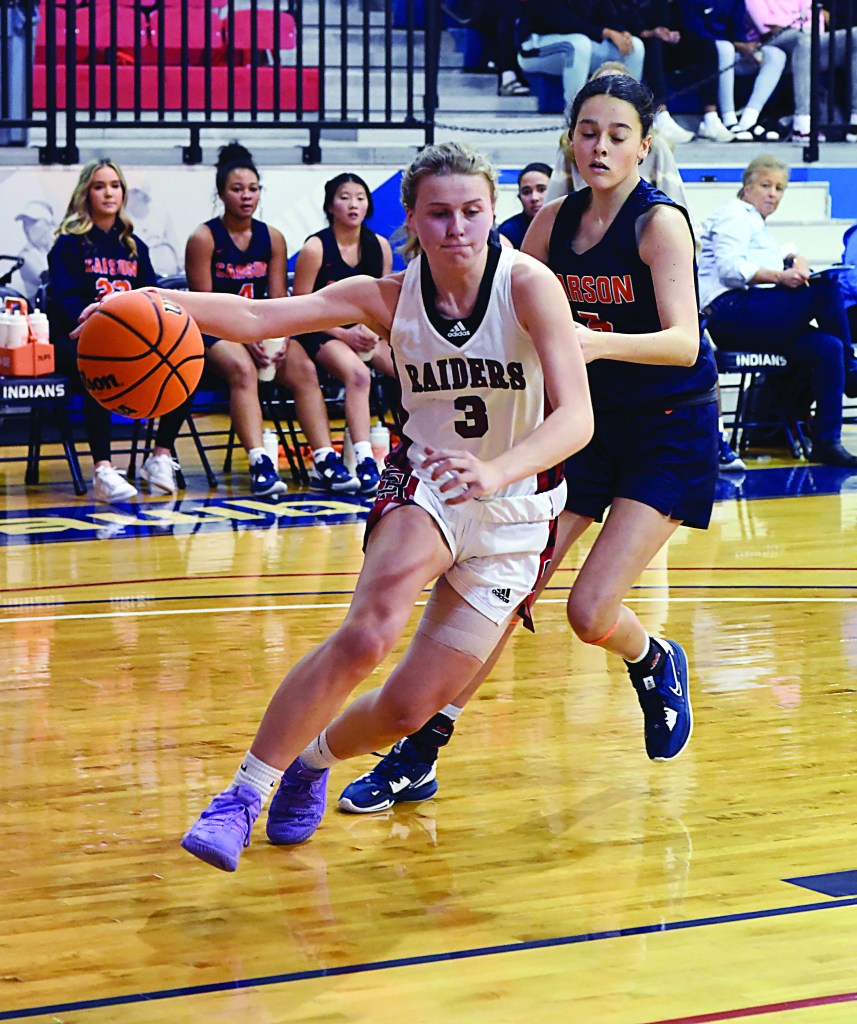 The Raiders needed to beat someone — anyone — and they did on Wednesday night. They are 1-0 in 2003. They  topped Mount Pleasant 41-34 in a non-conference game to end a seven-game losing skid.

South, which dropped a one-point game to East Rowan in the Sam Moir Christmas Classic, won for the first time since the Raiders beat Pine Lake Prep on Nov. 29.

“This was much-needed,” South coach Alex Allen said. “Not the prettiest, but the girls gritted it out and made it happen.”

South (3-8) hasn’t won a road game yet, but the Raiders now have won three times in front of the home folks.

Madilyn Cherry, who scored 16 points, got South off to a fast start against the Tigers. The Raiders were in control 15-5 after a quarter and went up 22-11 at halftime.

Mount Pleasant shut out Cherry in the third quarter, but Hannah Atwell made two 3-pointers to keep South ahead.

Caylin Herring and Sarah Acetuno did almost all of the scoring for the Tigers. They combined for 29.

South has a good chance for a two-game winning streak, as Concord visits on Friday.