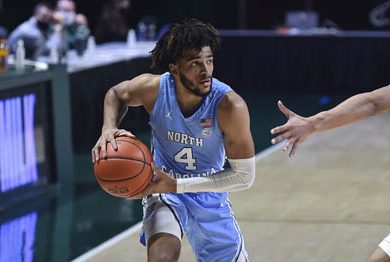 Play was paused shortly midway through the second half as a fan a few rows up from the court received medical attention. Emergency medical technicians eventually wheeled the fan — who was sitting up and talking — from the building and the game resumed less than 10 minutes later.

Leaky Black made 6 of 8 from the field, including 3 of 5 from behind the arc, and finished with 16 points for UNC. Trimble, a 6-foot-3 freshman who went into the game with 34 points this season, added a career-high 11 on 4-of-4 shooting.

Wake Forest remains on the road to take on Louisville on Saturday.