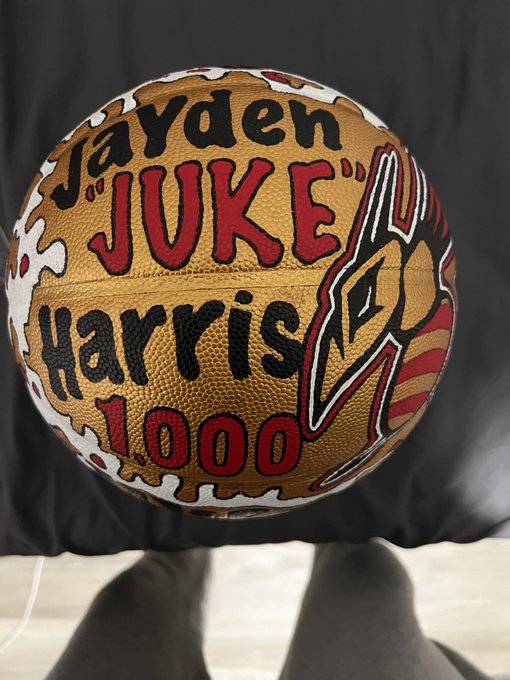 He will likely be the first person in the history of hoops to be honored for scoring 1,000 points 72 hours before he scores his 1,200th.

Before you start writing your Congressman, there’s a perfectly good explanation for that anomaly.

First, Salisbury hadn’t played a home game since Dec. 7, and recognizing 1,000 points is one of those things you like to do in front of the home fans.

Will he break school and county records for points in a season and for highest scoring average?

He’s on pace to do that and there are going to be a lot of favorable match-ups for him in the Central Carolina Conference.

Salisbury’s Bobby Phillips, who would go on to a great career at Western Carolina, set the scoring standards for the program (and for Rowan County boys) in the 1993-94 season — 767 points in 28 games for an average of 27.4 per game. That record has stood for 28 seasons.

Salisbury’s Shamari Spears, who played at Boston College and Charlotte, challenged those records in the 2002-03 season — 736 points in 27 games — for 27.3 per game.  Salisbury lost to Avery County 77-75 in the first round of the 2003 state playoffs despite a 46-point outing by Spears. If the Hornets had made it to Round 2, Spears more than likely would have broken both of Phillips’ records. He was on a roll.

If you’re wondering whose records Phillips broke, the correct answer is Bobby Jackson. Jackson, NBA Sixth Man of the Year in 2002-03, scored 734 points for the Hornets in 28 games in the 1990-91 season for 26.2 points per game.

What about West Rowan?

Scooter Sherrill had three 700-point seasons during his amazing high school career. He scored 733 points, the record for the Falcons, in 1998-99, a season in which West was 3A state runner-up.

And what about North Rowan?

Obviously, North has produced amazing boys basketball seasons, including state-championship seasons in which the Cavaliers played a ton of games, but no 700-point individual seasons or 25 ppg. seasons.

Harris scored a breezy 30 on Tuesday as Salisbury cruised 82-47 against CCC opponent East Davidson. He made six 3-pointers.

Seven Hornets scored in the second quarter. That’s when they settled the game with their defense. They took a 42-20 halftime lead.

Harris had a 10-point third quarter and took some time off after making two 3-pointers in the fourth quarter.

Deuce Walker had one of his better scoring games with 13 points, mostly off steals. Dashawn Brown is back in the lineup after an injury and contributed nine points.

Hank Webb and Mike Geter scored eight each, with both making two 3-pointers.

Salisbury has played such a difficult non-conference schedule that it is 11th in the 2A West RPI rankings despite five losses. For instance, Salisbury is ranked ahead of Morehead (9-1).