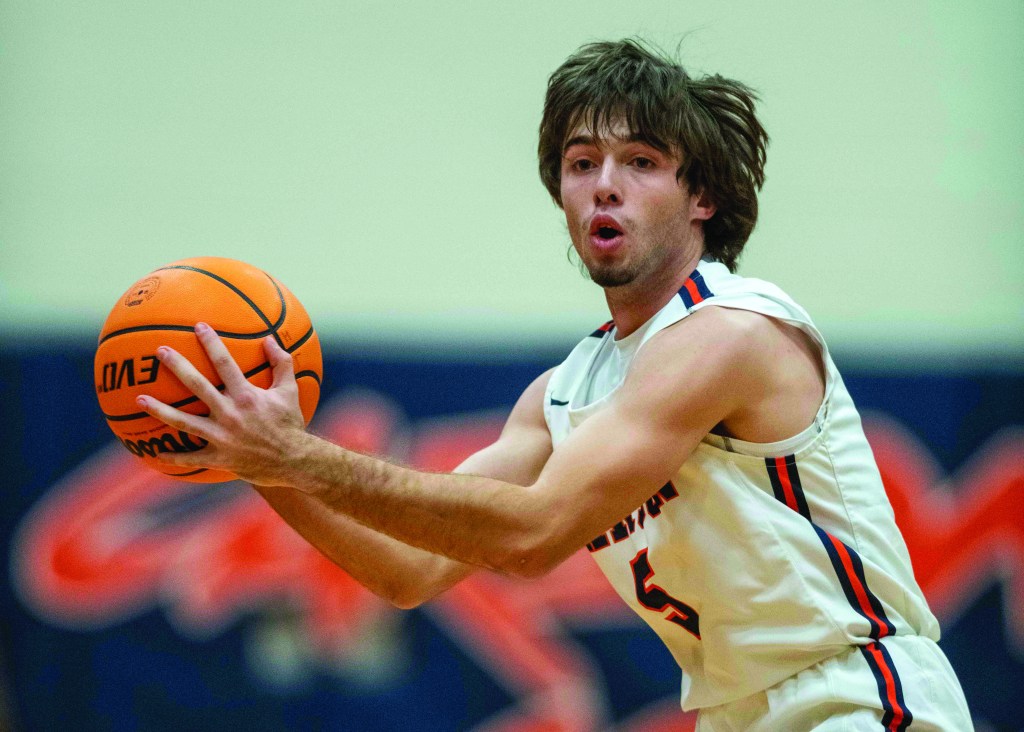 CHINA GROVE — It was a non-conference game in early January, but to Carson boys coach Brian Perry Tuesday’s outing was just as critical as a heated league game in mid-February.

“I thought this was one we absolutely had to have to reach our goals, especially playing at home,” Perry said. “We needed it — and we got it.”

Carson got a victory by holding off A.L. Brown 56-54. It wasn’t quite as dicey as it sounds. The Wonders made a 3-pointer in the final seconds to cut Carson’s lead to two. The Cougars didn’t have to inbound the ball as time expired, but it still was too close for comfort.

Carson plays in the 3A  South Piedmont Conference, so there are no dreams of hanging a conference banner. Central Cabarrus is ridiculously good.

Concord is generally considered to be the SPC’s second-best team. Central crushed Concord 86-46.

So you can go ahead and crown Central’s Vikings, who are coached by North Rowan graduate and former Catawba player and coach Jim Baker.

The goal for Carson is simple and uncomplicated: make the state playoffs. Making the playoffs would be one heck of a season.

Carson stands 34th in the 3A West RPI rankings. Thirty-two teams will make the playoffs. That’s called being on the bubble.

A loss to the Wonders (2-9), who reside at the very bottom of the 4A West rankings, might have been catastrophic for the Cougars.

The Wonders, coached by former Wonder Jonathan Efird, lost to Carson in Kannapolis 50-42, but they got a good look at what the Cougars have and what they can do.

Carson (6-5)  is smaller than the average high school team, but the Cougars also shoot the ball better than average.

“Kannapolis came in with a good plan, really slowed the tempo down,” Perry said. “They were patient and limited the number of possessions. We were playing zone, and they controlled the pace in the first half. We made enough shots for 24-all at halftime.”

Drye was a Cougar that the Wonders had not seen. He missed the game at Kannapolis with illness.

Drye went off in the third quarter. The sophomore guard made five 3s in the quarter and shot the Cougars into a 44-37 lead.

“Drye got really hot and we really should have gotten some good separation in that quarter,” Perry said. “But every time we had a chance to build on the lead, we’d turn it over, and Kannapolis fought and stayed in the game.”

Colin Ball had a quiet scoring night,  but he made the two clutch free throws with seven seconds left to give Carson a 56-51 lead.

Drye scored 18. Emory Taylor, who carried Carson in the early stages of the game, finished with 16. Mikey Beasley got his 10 in the second half.

Eight Cougars got in the scorebook.

Carson beat East Rowan, and after a wretched start, made things exciting in the championship game before losing 68-61 to West Rowan.

“We cut their lead to four and missed a 3-pointer to get it down to one point with about two minutes left,” Perry said. “We didn’t play bad at all in the tournament. Look, a lot of our guys played two years ago in the COVID season when we won three games. Last year we only won six games. So for us to be playing for the Christmas tournament championship, for us to be talking about playoffs, I’m proud of how far we’ve come.”

While Carson should be in the fight, it won’t be easy for the Cougars to make the playoffs.

The problem is that while Central Cabarrus, No. 1 in the 3A West RPI rankings, figures to be the league’s only really outstanding team, there’s a stack of pretty good ones.

Concord (14th), Lake Norman Charter (24th), Northwest Cabarrus (25th) and West Rowan (30th) have RPI rankings above Carson. East Rowan (39th) doesn’t have a great record, but the Mustangs are dangerous. Carson will be favored to get two SPC wins against South Rowan (52nd), but there’s a shortage of sure things.

“There just aren’t any easy ones out there,” Perry said. “We’ve got a league where people might beat each other up. We’ve just got to find a way to win our share.”

Carson fans won’t have to wait long for a big one. Northwest Cabarrus comes to China Grove on Friday.