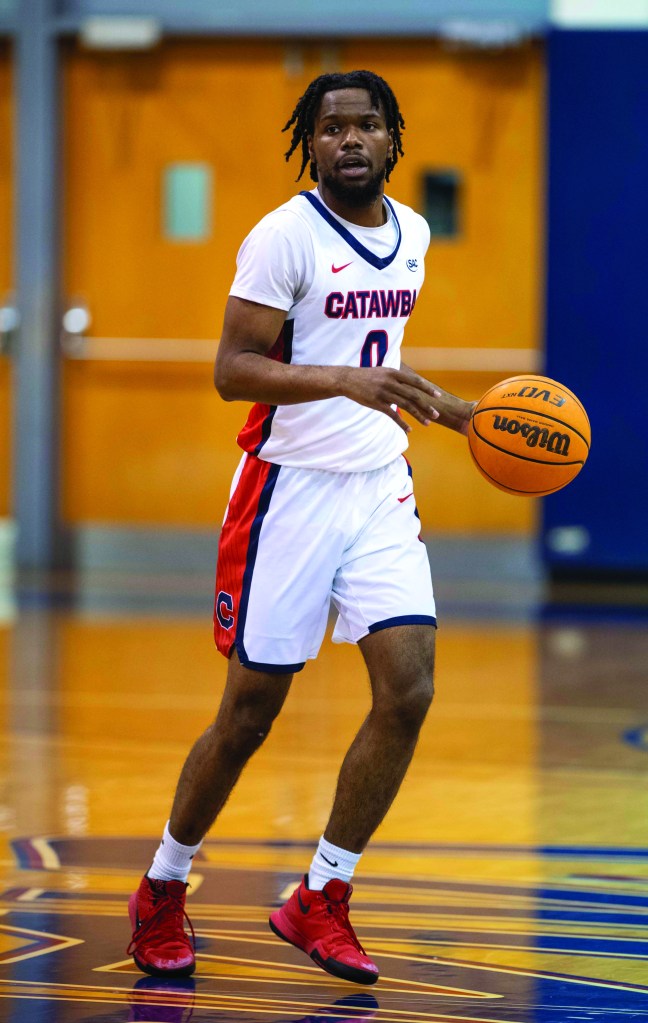 SALISBURY — Catawba shot a blistering 70 percent in the second half, including 7-of-13 from behind the arc, in taking down 19th-ranked Virginia Union 82-70 on Tuesday night at Goodman Gym.

The win improves the Catawba Indians to 8-4, while the Panthers go to 11-3.

Catawba had near-misses against two other ranked teams, but the Indians got this one.

Javeon Jones and Kris Robinson scored 17 each to lead Catawba.

Kaleb Wallace came off the bench to score a dozen points, all in the second half. Wallace added seven rebounds with Jones pulling down six.

Catawba settled down and went up 17-16 after three free throws by DeAngelo Epps. Epps tied the contest at 20-all. A pair of three-pointers by Robinson staked the Indians to a 26-20 edge. Catawba led the rest of the way.

Up 30-27 at the break, Catawba used a 14-4 spurt to open the second half and grab a 44-31 advantage. The lead swelled to 19 with just over eight minutes to play before a trio of three-pointers by Keleaf Tate brought the Panthers within 67-60 with 6:16 left.

Jones hit two jumpers to restore a double-digit lead for the Indians and back-to-back baskets by O’Mazeon Tinsley pushed the edge to 77-64 with 2:51 to go. Virginia Union never got closer than nine down the stretch.

Catawba went just 10-of-31 in the opening half before its sizzling second half. Both teams had a bevy of turnovers with pressuring defense. The Indians committed 21 in the game with VUU making 19 miscues. VUU shot 41 percent in each half.