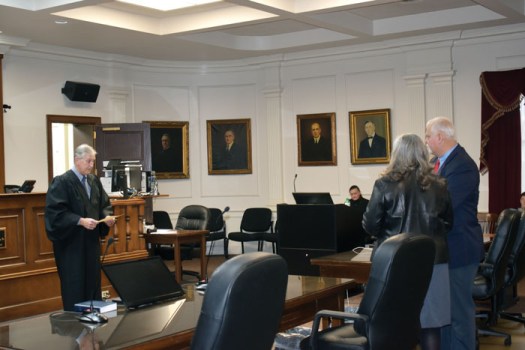 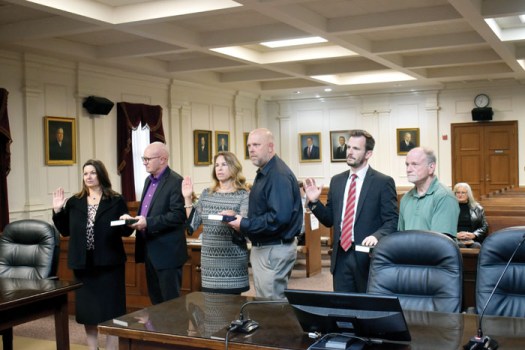 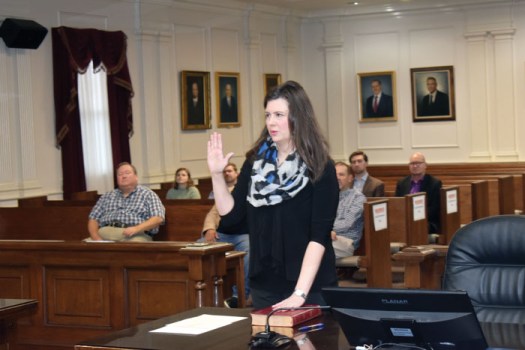 SALISBURY — Most people spend the morning of New Year’s Day recuperating from the past night’s wild parties, catching up on sleep or getting started with their New Year’s resolutions.

But not for a few of Rowan County’s judges and magistrates, as well as the district attorney.

They were all at the Rowan County Courthouse at 9:30 a.m. on Sunday to take their oath of office. Administering the oaths for his first time was Rowan County’s Clerk to the Superior Court Todd Wyrick. He won the republican primary for clerk in May and ran unopposed in the November election. Wyrick previously spent 35 years working as a Rowan County magistrate and said he was honored to administer the oaths, especially for the magistrates.

“I’ve known most of the people in that room for many years, but it was a real honor to swear in the magistrates,” Wyrick said. “I kind of got emotional there for one minute. I was always standing on the other side. Yesterday was the first time I got to swear in the whole group of magistrates — it was really good for me. They’re always close to my heart.”

The first to take his oath was Superior Court Judge Michael Adkins, who won the Republican primary in May by defeating incumbent Tim Gould. He ran unopposed in the November election for an eight-year term.

“I am very proud of my brother. He’s stuck to his goals and doing what he wanted to do. This is his dream job,” said Kori Cairrikier, the sister of Sease who was in attendance to watch her brother get sworn in. Sease’s father was also in attendance and held the Bible as his son was taking his oath.

Potts is entering her third year of being a magistrate after being a former Post reporter for 17 years. She said she is to continue working as a magistrate.

Reid said he was “ecstatic” after being sworn in.

“This will be going on my seventh year. I really enjoyed it, we have a great set of people and I’ve learned a lot in these seven years,” Reid said.