One of a kind: The community remembers Alexis Greer 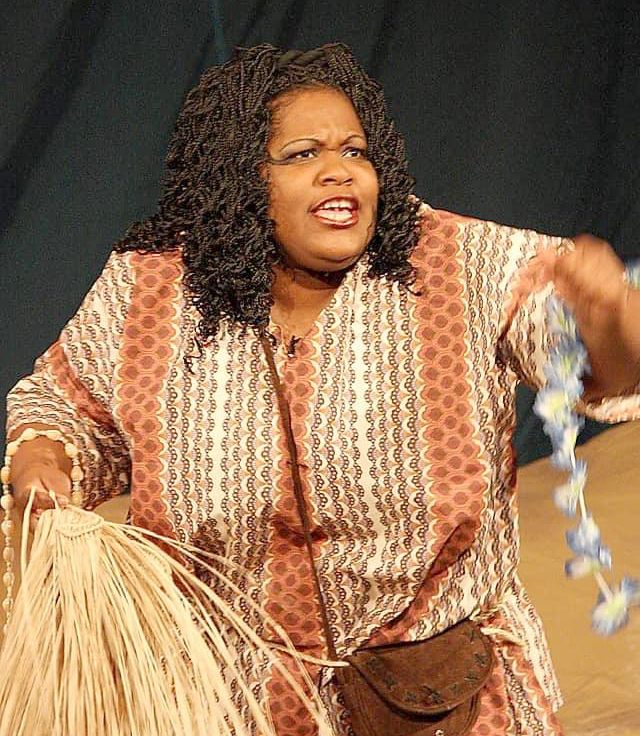 Alexis Greer's presence on stage and off will always be remembered.

The Piedmont Players Theatre, Rowan-Salisbury Schools and Cornerstone Church said goodbye to one of their own unexpectedly when Alexis Greer passed away last month.

The woman, known for her larger-than-life stage presence, had a way of engaging with people, whether a packed house or an audience of one.

“It was a shock,” said Reid Leonard, a long-time play director with the Piedmont Players Theatre.

Leonard reminisced of the actor who had performed in multiple plays under his direction, notably once called “Hot Mikado,” in which he said he learned of Greer’s abilities.

“That was the first time we knew how strong she was,” Leonard said. “Everybody loved her. She had a great time. We all had tons of fun.”

The director added that whenever people would inquire about a particular performance, whether Greer was performing was always asked.

“That was a sign to many to know if they should come to see it,” Leonard said. “Other people would call after shows and hire her to sing at their parties.”

Fellow Piedmont players remembered Greer for her personality as well as her talent.

“Alexis had star power,” Cam Hall said. “She would step on stage, and immediately you knew you were in for a treat. Many people knew her only from the roles she performed so well. If you knew her personally, she was still a shining star every day and an inspiration to so many. Alexis was kind, smart, generous and caring. She had a big heart and a beautiful soul. I will miss her so much.”

Tommy Hall added, “The power of Alexis is that we meet no strangers in the theater and everyone talks. Everyone who worked with her has a story about her that is positive, happy and joyful. It’s rare.”

Hall indicated that Greer made the world better by being in it.

“She shared her talent and her heart so freely,” Hall said. “It was all about sharing her gifts rather than celebrating herself. Her faith was the most important part of her life, and she saw her work in the theater as an extension of that faithful service.

Michael Brooks shared the stage with Greer in three shows at the Piedmont Players Theater; “Kudzu — The Musical,” “Sister Act — The Musical” and most recently “Ragtime,” but he also taught with her at North Rowan High School with Alexis for five years.

“Not only was she incredibly talented, but she was also honest, caring and supportive,” Brooks said. “Although she did not teach in the fine arts department and North Rowan, she was happy to volunteer her time to help the musical theater students improve their vocal technique and stage presence. I appreciated her no-nonsense approach to acting, singing, teaching and coaching. She was loved by many and will be missed.”

Greer usually taught career and technical education courses, but she was also a cheer coach.

“This hit us hard,” Hayes-Cuthbertson said. “Desiree was actually Greer’s hairdresser when she got her hair braided.”

When Greer unexpectedly canceled an appointment with Ellis, the family wondered if something else might be happening.

“We found out of the blue that something was going on,” Hayes-Cuthbertson said. “Then, all of a sudden, we get the text. Our relationship was really close, so that hit home hard.

According to Hayes-Cuthbertson, as a coach, Greer was really bubbly.

“She was always cutting it up with them, but when they had little spats, she never got in it,” Hayes-Cuthbertson said. “She was like, you work it out. And I used to think, why is she not doing anything about this, but that was just her way.”

Her ability to relate with the students earned her the nickname GiGi.

Hayes-Cuthbertson also worshiped with Greer at Cornerstone Church, where Greer was more than just an active member.

“She was a light to our team,” said Alan Murrah, a worship leader at Cornerstone. “We have our rehearsals every week, and whenever she came in, she made it a lot of fun. It was always game time, no matter what. Whenever she sang, you knew she would tear the roof off the place.”

Murrah’s relationship with Greer began long before he became a worship leader, and Greer’s prodding likely led him to his current role.

“Ever since then, she has always been a big encouragement for me and everything I did,” Murrah said. “She always had my back.”

“To have Alexis Greer a part of your life was a blessing that just kept on giving,” Macon said. “Alexis was all in. She was there for you, did anything she could to help you, and made life fun. You knew Alexis was around because you could hear her humming and singing as she approached.”

“Her bright and bubbly personality would overtake you,” Godair said. “When she chose to sing a song, she not only released words of the song but added an atmosphere of praise, which in turn could have you standing on your feet worshiping the Almighty God. That is inspiration.

“There are so many memories I could share, but let me say it with this one word, ‘jewel.’ Precious jewels are a rare find, and some are one of a kind. She was both.”