Area Sports: Never too late for an ace 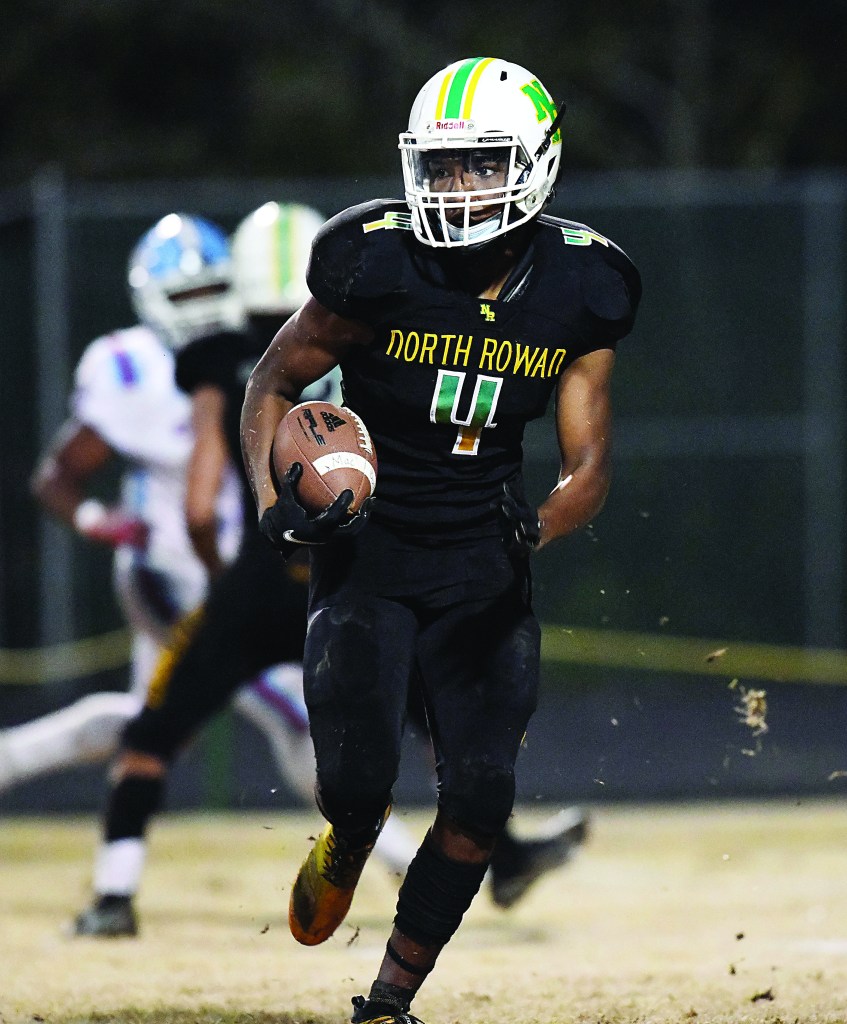 Keith Talbert, 70,  made a December hole-in-one at Rolling Hills.

The shot was witnessed by Bob DiMarzio and Mike Massura.

Brad Martin made an ace on No. 3 at Warrior on Sunday morning.

Ellen Carter made her first hole-in-one recently at Warrior.

Amari McArthur, who set a number of receiving records at North Rowan, has committed to Lenoir-Rhyne.

McArthur led Rowan County this season with 11 touchdown catches and was runner-up in the voting for Central Carolina Conference Offensive Player of the Year.

One of the county’s top athletes in football, basketball and track and field, McArthur made the all-tournament team in the recent Dale’s Sporting Goods Sam Moir Christmas Classic.

Shaw is the latest to offer the powerful running back, who topped 200 rushing yards for the Hornets and scored 35 touchdowns.

Hercules has been offered by Belmont Abbey.

Salisbury’s Kyla Bryant made all-tournament at the  John Wall Invitational held in Cary. She scored 58 points in three games against elite teams.

Salisbury’s Lakai Brice has moved up to fifth on the all-time wins list for Rowan County girls basketball.

Brice has 171 wins. This is her 10th season. Former South Rowan coach Perry Bradshaw is fourth with 183.

Brice became the all-time leader at Salisbury this season when she passed Jennifer Shoaf (167).

Ashley Poole started at West Rowan the same season Brice got the head job at Salisbury, and Poole isn’t far behind her.

Poole is first in West history and seventh in county history with 154 wins.

Carson coach Brooke Stouder is second on the list with 262 wins. Jesse Watson, who had 324 wins at East Rowan, has been at the top of the list for decades.

The Lenoir-Rhyne recruit put up huge numbers for the Mustangs.

She was South Piedmont Conference Player of the Year.

Jalon Walker (Salisbury)  has played in all 12 games for Georgia.

Georgia has had some injuries at linebacker, and  Walker could be a factor in next Monday’s national championship game against TCU.

South Carolina kicker Mitch Jeter (Cannon School) finished the season 11-for-11 on field goals and was 42-for-44 on PATs.

Jeter’s two longest field goals  — 51 and 53 yards— were early in the season against Georgia State.

He had a 45-yard field goal and five PATs in the Gator Bowl loss to Notre Dame. He was 9-for-9 on PATs in the win against Tennessee.

This is Jeter’s third season with the Gamecocks, but the first year he gotten a chance to kick field goals and PATs.

Jeter grew up in Salisbury and attended Salisbury Academy before he went to Cannon School.

Javon Hargave (North Rowan) had eight tackles, including a sack, in Philadelphia’s 20-10 loss to New Orleans on Sunday.

Left guard Nick Leverett has been a difference-maker on the Tampa Bay Bucs offensive line.

Leverett grew up in Salisbury and began his high school career at North Rowan before transferring to Concord.