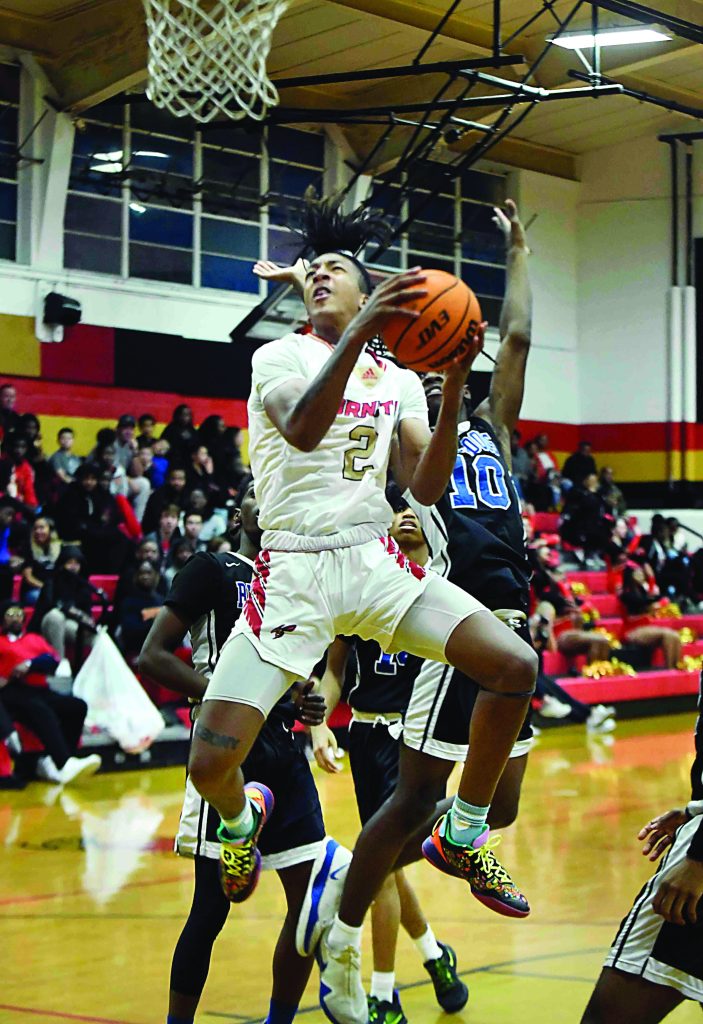 Salisbury's Juke Harris 2 driving for a layup. photo by Wayne Hinshaw, for the Salisbury Post

Harris made a game-winning shot — through heavy contact — with four seconds left. Most of the Northside Christian Academy team collapsed on Harris as he drove hard to the hoop, but he banked in the shot that lifted the Hornets to a 64-63 victory.

The game was part of the New Year’s Bash hosted by 4A Chambers (formerly Vance).

Salisbury got in a hole early, but battled back. Reserve guard Jalen Chunn provided an amazing amount of energy in the second half.

The Hornets (7-4)  got 27 points from Harris, a 6-foot-6 guard who recently received an offer from Kansas.

Salisbury played the game without head coach Bryan Withers. who is out of town after a death in his family.

Erich Epps is the lead assistant, but multiple assistants took turns as the “stand up” coach on Friday.

Salisbury has been playing since early in the season without Dashawn Brown, the team’s leading rebounder and No. 2 scorer.

Withers said he hopes to get Brown back soon.

“We were up double digits when Brown got hurt against Calvary Day and we couldn’t continue our strong play without him,” Withers said. “In his absence we have been forced to play other guys and they’ve gotten valuable experience. That can’t do anything but help a young team.”

The Hornets were overmatched on Saturday against Chambers, fell behind by 32 at halftime and lost 93-65.