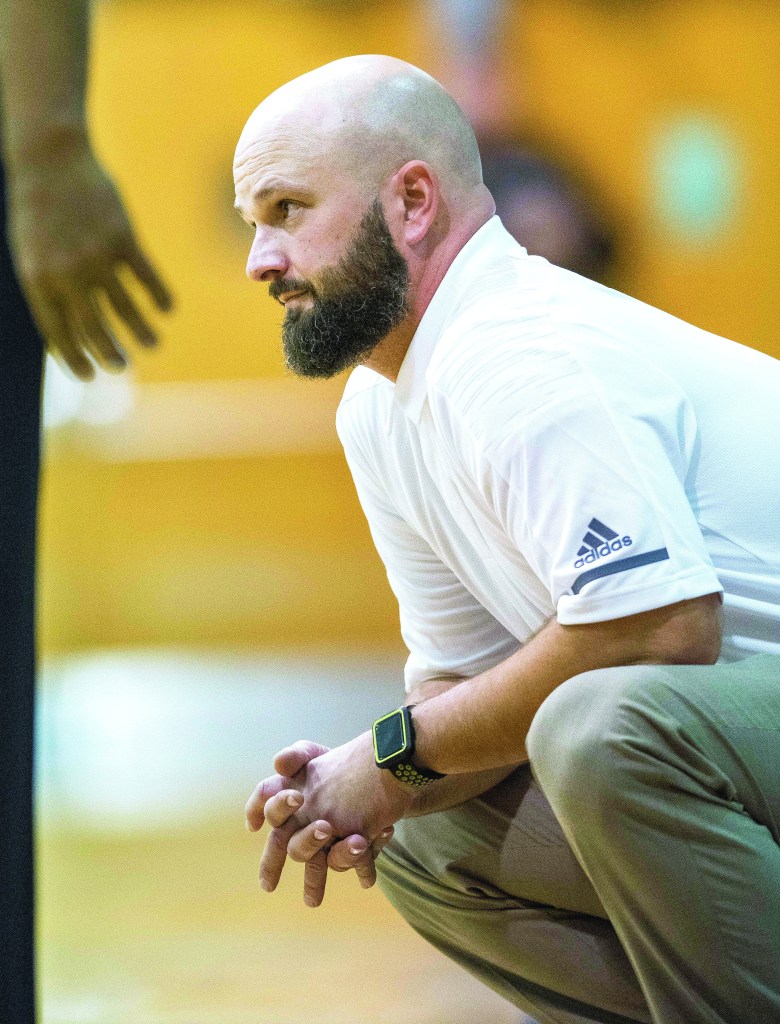 SALISBURY — The 2022 Dale’s Sporting Goods Sam Moir Christmas Classic will be remembered for being Salisbury-less.

It will be remembered for a West Rowan championship sweep.

But it may also be remembered for a classic third-place boys game.

A three-day pass cost $25, and there were quite a few snoozers, but fourth-seeded East Rowan and second-seeded North Rowan played a game on Friday evening that might have been worth the 25 bucks.

North won 90-88 in a game of runs. The Cavaliers claimed victory in overtime when Jaemias Morrow hit a buzzer-beating fadeaway.

“I’d say fans didn’t waste their money,” East coach Andrew Porter said. “The environment was great. The crowd was great. Fun to coach in a game like that.”

It had to be even more fun for North coach Jason Causby, who has a stack of Moir tournament victories among his 252 career wins as a Rowan County head coach.

It was the ultimate team triumph for the Cavaliers. Six men hit double figures, and Morrow, the biggest hero, wasn’t one of those six.

“That’s how we have to play,” Causby said. “No superstars.”

So it was quite a game. A lot of buckets. East would pull ahead. North would always fight back.

East beat North 71-66 early this season. East is better now than it was then, but so is North.

The Cavaliers added two dynamic players to the mix recently with the return to health of Dyzarious Carpenter and a return to action by Naejone Whitney. That duo combined for 69 points in the tournament. That’s a lot of additional firepower.

East got monster games from its usual leaders — 27 points and 12 rebounds from Tee Harris and 26 points from Dylan Valley.

The Mustangs also discovered additional scoring punch — 13-point efforts by Jaden Sprinkle and Tijon Everhart, career nights for both. Jonathan Wembolua was a factor with nine points and eight boards.

North countered with an assembly line of scorers. Jerricho Charleston scored a career-best 16. Carpenter scored 15. George Maxwell had 14. Jeremiah Alford had one of the biggest games of his career with 13. Amari McArthur, who represented North on the all-tournament team, scored 12. Whitney had 10. He was in double figures in all three of North’s tournament tussles.

Harris scored eight in the first quarter as the Mustangs jumped out to a 21-13 lead.

Maxwell got hot for the Cavaliers in the second quarter. He drilled three 3-pointers in the period and North trailed 42-41 at halftime.

East temporarily regained control in the third quarter, moving ahead 61-54, but the Cavaliers surged again in the fourth. Valley scored eight in the fourth quarter and the Mustangs made their free throws, but Alford and Charleston combined for 14 points in the stretch run. The teams were tied at 82 at the end of regulation.

“Alford had a great game, made huge shots in the fourth quarter,” Causby said.

It was 88-all late in the overtime with a second overtime looming when Morrow, the standout football running back who racked up 28 touchdowns for the Cavaliers in the fall, made his clutch shot as time ran out.

“I’d like to say it was a toss sweep to Morrow for the win, with (receiver) Amari (McArthur) sealing the edge for us,” Causby said with a laugh. “But what happened was Morrow drove, made a wraparound pass to Naejone Whitney, and then the ball ended back up in Morrow’s hands. In the midst of a scramble, he tossed it up, fading away, and it went in.”

Added Morrow, “I looked at the clock, drove the ball and kicked it out to the short corner. When I got the ball back, I faded away and just flicked my wrist. But being able to that comes from hard work.”

It definitely was a hard-working win for the Cavaliers.

“Just what we needed as we get ready to go back to Central Carolina Conference play,” Causby said.

It was an agonizing loss for the Mustangs, but when you score 88 points and fight for 36 minutes, the positives outweigh the negatives.

“Nothing for our guys to hang their heads about because they played in the best game of the tournament,” Porter said. “Tough to lose like that on a last-second shot, but I’m proud of how much better we’ve gotten this season. We’re going to pick up some more wins — and that’s for sure.”