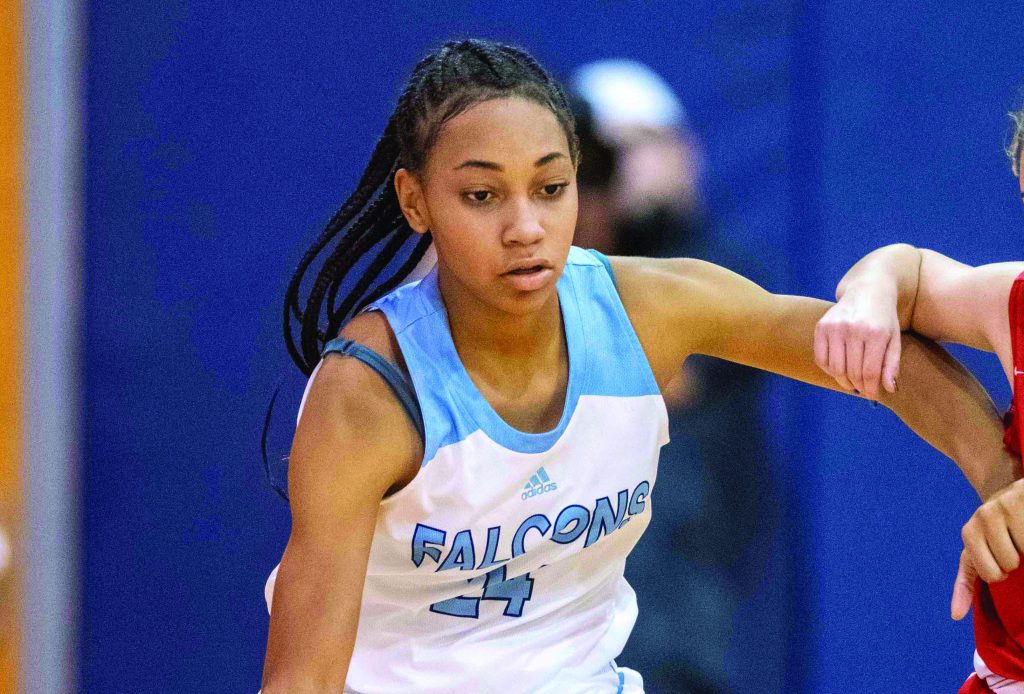 SALISBURY — Undefeated and top-seeded West Rowan had to wait until Thursday to debut in the Dale’s Sporting Goods Sam Moir Christmas Classic, but the Falcon girls wasted no time in showing what all the hype is about.

West will play second-seeded North Rowan for the championship tonight at 6 p.m.

SALISBURY — Lindsey Cook had the hot hand and East Rowan’s girls counted on her to make a game-winning play. Cook came through, and third-seeded East Rowan nipped South Rowan 49-48 in a spirited consolation game on Thursday in the Dale’s Sporting Goods Sam Moir Christmas Classic.

“We set up a play and we executed,” said East coach Bri Evans, who was starring for the Catawba Indians a few years ago at Goodman Gym. “Lindsey rolled and got open and she got fouled.”

Cook, who was injured during a tournament game last season, led the Mustangs for the second straight day. She scored a career-high 15 points.

It was a battle all the way for the Mustangs (5-5), who survived South’s best effort of the season.

“We were a ton better than we were on Wednesday against Carson,” South coach Alex Allen said. “This was the best we’ve played. I can’t say enough about hard we played and the effort we had the entire game. I hate the result was what it was, but our girls left it all out there. We had solid rotations and we got the looks we wanted.”

South got career highs from guard Madilyn Cherry, who scored 21 points and post player Kynlee Dextraze, who had 18.

Hannah Atwell made two 3-pointers in the first quarter to help South get started.

Fourth-seeded South (2-8) concluded tournament action, but East earned another game. The Mustangs will play in the 3 p.m. third-place game today.

West’s jayvee girls won against South Rowan as that round robin event continued on Thursday.