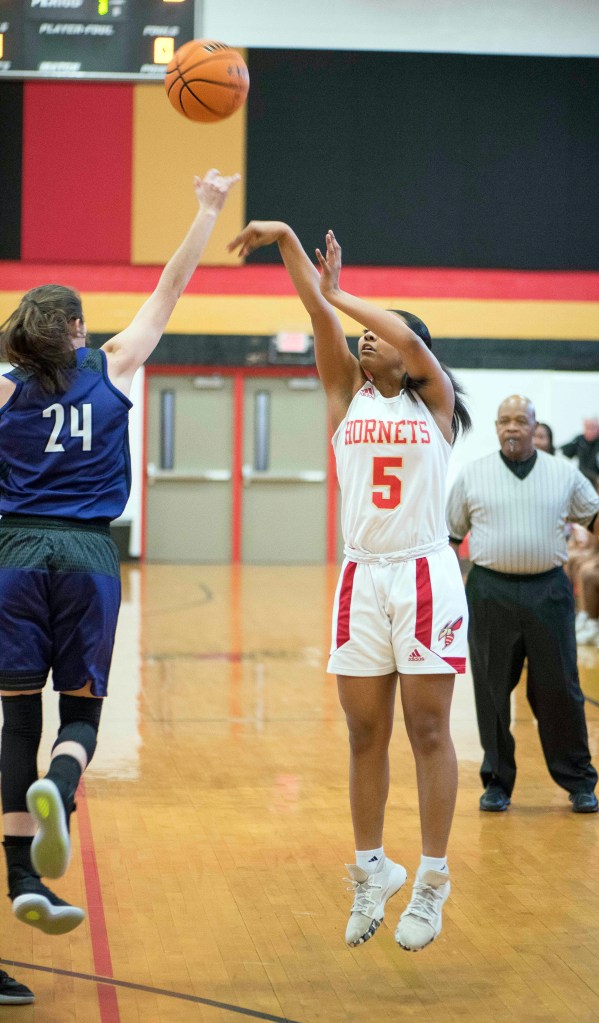 CARY — The girls field in the John Wall Invitational was tough, and one of the eight teams had to go home 0-3.

Salisbury got a hard-earned win on Day 2 of the event,  beating Millbrook 47-42 on Wednesday afternoon. The Raleigh school is a formidable 4A program that won state championships in 2012, 2013 and 2016.

Salisbury got 19 points from Kyla Bryant and 18 from MaKayla Noble, but won mostly with a team defensive effort.

Douglas scored 14 points, but it was on 6-for-16 shooting. She had 10 rebounds and four assists.

As a team, Millbrook was held to 33-percent shooting by the Hornets.

Millbrook hurt its cause with 3-for-11 free-throw shooting.

Millbrook led 10-7 after a quarter, but the Hornets got back even at halftime at 23-all.

Salisbury was able to build a small lead with a strong third quarter and held on in the fourth.

•  Salisbury (9-2) lost the fifth-place game to North Pitt on Thursday afternoon, falling 42-32. North Pitt has one of the nation’s top juniors in Zamareya Jones, who was offered by UNC after she closed her freshman season with a 45-point game. Salisbury held Jones to 13 points, but she had nine rebounds and five assists.