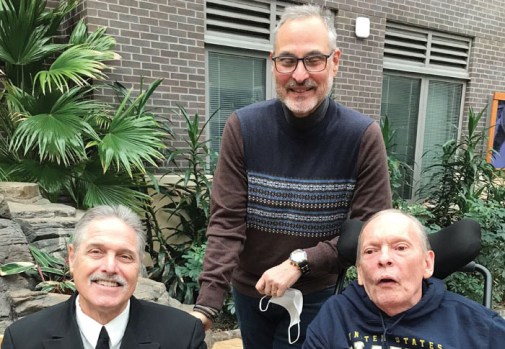 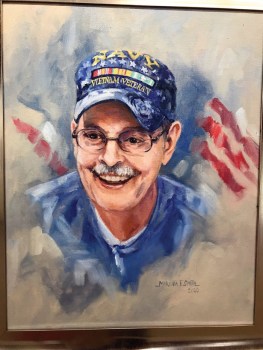 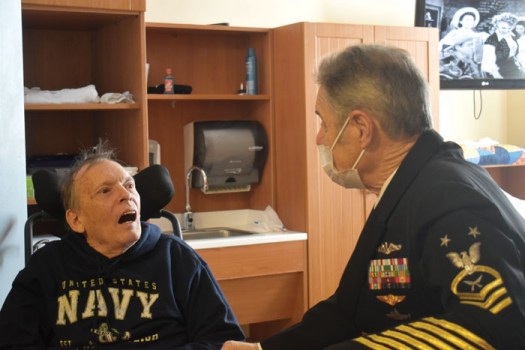 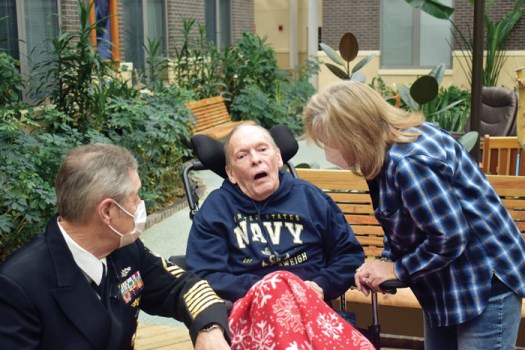 SALISBURY — When Navy Master Chief Petty Officer David Phillips came to visit Stanley Hall at the Salisbury Veterans Affairs Medical Center on Wednesday, the Vietnam War veteran immediately perked up in his chair, knowing that another Navy man had come to see him.

“Stanley! My brother, how are you doing? You doing all right today?” Phillips said to Hall as he walked in. “Remember the good ol’ days, remember us on the carriers? I wanted to spend a little time with you to see what you were up to.”

Hall, who goes by the nickname “Doc,” always loved spending time with his fellow veterans, especially at coffee shops around Rowan County. But his exposure to Agent Orange, a chemical herbicide that was widely used by the U.S. military to destroy crops and vegetation in an attempt to deprive the Viet Cong of food, has caused Hall’s health to deteriorate as he ages. He suffers from ischemic heart disease, a condition the U.S. Department of Veterans Affairs associates with Agent Orange exposure. He has limited eyesight, trouble speaking and can no longer walk.

But Phillips’ entrance made Hall light up, as his wife, Diane Hall, looked on at the two Navy veterans sitting side by side and arm in arm. Phillips reminisced about the duties they had in the Navy and the times spent on ships and aircraft carriers.

“This is the liveliest I’ve seen him,” Diane said.

Bringing Phillips into to visit was Diane’s idea. She visits her husband at the medical facility daily. She contacted the Twilight Wish Foundation, an organization set up to “honor and enrich the lives of deserving seniors” by bringing in people to talk and spend time with them. The foundation contacted Richard’s Coffee Shop, a place Hall loved to gather with other veterans and where Phillips volunteers. The coffee shop in Mooresville is a military museum and a community hub for veterans, hosting a “Welcome Home Veterans” celebration every Thursday.

“It’s probably the best museum and it’s a healing place for vets,” Phillips said. “They do outstanding work.”

Both men had distinguished careers in the Navy. Hall picked the Navy right before he was about to be drafted to the Army. He was shipped to Vietnam in 1968 and maintained jets on aircraft carriers such as the USS Forrestal, USS Shangri-La and USS Intrepid. He was honorably discharged in 1971 and returned home to Salisbury where he met his wife.

Phillips joined the Navy and was stationed in 28 states during his career. He served on the USS Independence, on submarines and as an air crewman before retiring as the command master chief at the White House after 24 years in the Navy in 1995.

“I went into the Navy and I liked it so much, I just stayed,” Phillips said.

The men spent about two hours together at the medical facility, with Diane and the Hall’s preacher, Rev. Keith Less. Phillips told Diane to call him whenever she wants and he will come talk with Hall and liven him up.