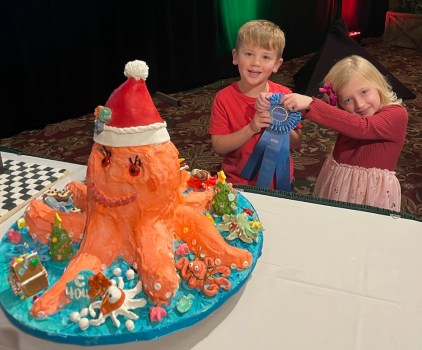 Remy Quantz and Callie Caldwell showing the ribbon they received for being a top 10 finalist in the Youth Class for the National Gingerbread House Competition. 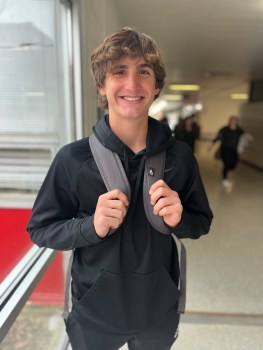 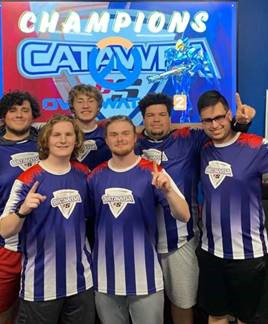 ROCKWELL — Amazing edible creations are on display at the Omni Grove Park Inn in Asheville but one has a special beginning in Rowan County.

“Being a part of the National Gingerbread Competition was a bucket list item of mine, so I participated years ago,” said Jenny Quantz, Remy’s mom and also an occupational therapist that serves Rowan-Salisbury students at Rockwell Elementary and Morgan Elementary. “I wanted to share my love of decorating gingerbread with Remy this year now that he’s old enough to enter the competition. At least 80 percent of your creation has to be gingerbread and everything has to be edible, so it’s a lot of work to figure out what to use for each piece.”

Remy, Callie and their mothers began planning their creation at the end of the summer, and then actually started building the Octoclaus in early September.

“My favorite part was putting the sprinkles and smaller pieces on at the end, and the hat that we made out of a big Rice Krispie treat,” Remy said.

Kevan Glover and the Konnected Foundation have worked to find creative ways to engage with community kids and open their eyes to new opportunities. On Dec. 14, he took a group of North Rowan Middle School students to Charlotte to attend the Hornets vs. Detroit Pistons game. A dozen North Rowan Maverick students were left with everlasting memories and got to meet with 12 Charlotte area students.

Since opening The Konnected to Wellness and Event Center a year ago, Glover has made it his business to tap into the community and bring new opportunities to the kids. Over the summer, he completed his annual summer camp teaching kids about the entertainment business and showing them how they can become entrepreneurs.

The Hornets game was a first for many of the kids, who cheered the Hornets and danced the twist when called on.  Taking kids to the game wouldn’t have been possible without the help of chaperones and volunteers providing transportation.

“The purpose of the Konnected Foundation is to provide opportunities to children who have a passion for the arts. Some kids know exactly who they want to be while others need a guide to help them get there. We want to continue to build with the community so that we can continue to build lasting relationships with the community and its partners,” Glover said in a news release.

The Konnected Foundation was also scheduled to give out 500 toys and provide 50 families with housing stipends at an event at the Konnected to Wellness and Event Center at 1625 N US Highway 29.

South Rowan High School’s Brian Hickman is an avid competitor in pickleball for a while and its starting to pay off. Hickman received a sponsorship from Paddletek, a premium pickleball equipment company.

Hickman recently showcased his skills in the Minor League Pickleball semifinals and finals at the Dreamland December event in Dripping Springs, Texas.

The Catawba Esports program competes in the National Esports Collegiate Conference (NECC) with over 100 colleges and universities. They have claimed conference championships in League of Legends, VALORANT, and Overwatch.

Catawba’s esports program is led by founding coach and coordinator Gidd Sasser, now entering his fifth year leading the program. Since its inception in the spring of 2019 as the first varsity esports program in North Carolina, Sasser has led them to over 325 game victories, 137 series wins, and 17 playoff appearances. The program has expanded to include nearly 50 esports athletes.

“In their first season together, the Catawba Overwatch team closed out the fall with a dominant championship win,” Sasser said. “This achievement becomes even more impressive when you understand over half the team had to relearn the game on different equipment mid-season which is similar to a right-handed player playing left-handed for the first time ever.”