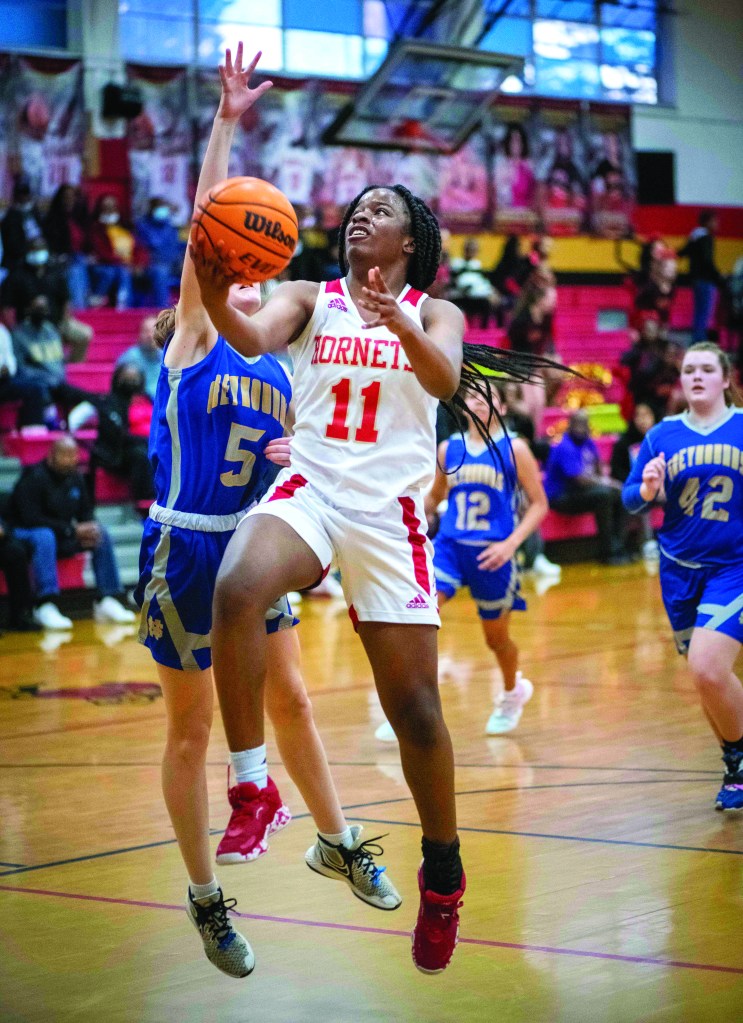 The 71-63 setback came in the first round of the John Wall Invitational to Panther Creek, one of the state’s top 4As.

Salisbury’s winning streak ended at 35 games. The Hornets hadn’t tasted defeat since they fell to 4A Apex Friendship in November 2021.

Foul trouble for shot-blocker Haley Dalton was one of the key factors. Dalton can erase most layup attempts, but she got two whistles early and was hit with a third foul before halftime.

Salisbury (8-1) struggled with turnovers against a well-oiled Panther Creek team that had some size and length as well as a depth advantage. Panther Creek (8-2) was able to get into a bothersome press every time it scored.

“We played a really good team and it was a great game for us to play,” Salisbury coach Lakai Brice said. “We did an excellent job of competing with them, and if we take care of the ball we win, and if we keep Haley (Dalton) out of foul trouble we win. Haley having to sit so much really hurt us. Just her presence on the inside makes a difference for us.”

Noble, a 5-foot-11 junior who racked up 20 points, mostly on drives off the dribble, got the Hornets started with a terrific run to open the game. Noble swooped to the hoop for eight points early, and when Bryant hit a step-back 3-pointer the Hornets led 11-2.

Panther Creek, which hasn’t lost to a North Carolina team this season, wasn’t fazed by the Hornets’ sizzling start and fought back. Jordan swished a 3-pointer to give Panther Creek a 21-20 lead after a quarter.

Both teams were better on defense than on offense in the second quarter. Bryant, who scored 29, scored seven of Salisbury’s 11 in the quarter, and the Hornets trailed 33-31 at halftime.

The Hornets got off to a fine start to the second half with Bryant feeding Dalton for a three-point play and a one-point lead, but the Catamounts quickly took command with their press and shooting accuracy. It was a single-digit quarter for the Hornets’ offense, and they trailed 52-40 at the end of it.

Salisbury fell behind 59-46 on technical free throws after the sequence of events that ended Dalton’s night early in the fourth quarter, but still made it a game.

Bryant, who rolled an ankle while making a shot, returned to the floor quickly. Bryant and Noble were outstanding in the fourth quarter, accounting for 21 of Salisbury’s 23.

Salisbury got as close as five points down the stretch, but Panther Creek made free throws and took the victory.

Icesis Nwafor, often a double-figure scorer, couldn’t get much to fall, but scored six points and hit the boards. Mary Morgan didn’t score, but had at least four assists, quite a few rebounds and took a charge, Dalton scored eight before exiting.

It will be a quick turnaround for the Hornets. They’ll play Millbrook today at 11:30 a.m.