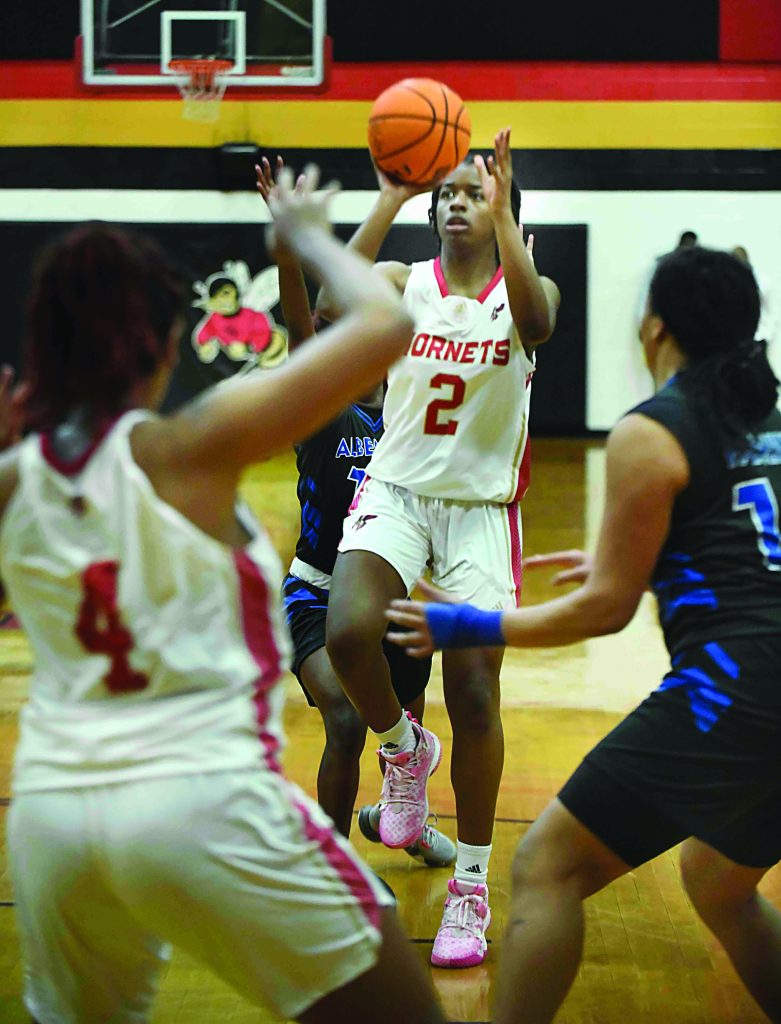 CARY — This year’s “Wonderland Bracket” for the John Wall Holiday Invitational is tougher than tough, stronger than strong.

Salisbury’s undefeated girls are part of the eight-team bracket. The worst record to be found in the field is 7-3.

The girls segment of the massive tournament gets started on Tuesday at Cary Academy. Admission is $20 per day. Tickets are sold at the door.

Salisbury plays Panther Creek, a 4A Cary school, in the first round. Game time is 5:30 p.m.

The pair of 2A schools in the field are the Hornets (8-0), the defending state champs in that classification, and North Pitt. Hailing from the town of Bethel, North Pitt is 7-1.

Salisbury is No. 1 in 2A West in the RPI rankings. North Pitt is ranked third in 2A East.

Four of the top 4As in Raleigh and nearby cities round out the field. Besides Panther Creek, there’s Millbrook, Apex Friendship and Clayton.

While Panther Creek has two losses, neither was to a North Carolina team. Panther Creek lost to a squad from Florida and to a team from Ohio in a tournament.

Taylor Barner, a 5-foot-7 junior, is the top player for Panther Creek. She averages 20.6 points per game on 53-percent shooting.

Salisbury’s most recent loss — very early in the 2021-22 season — was to Apex Friendship. The Hornets have won 35 in a row since.

Seniors Haley Dalton and Icesis Nwafor and junior MaKayla Noble were part of one of a stellar backup unit last season. Now they are starters.

Guard Shamaya Arnold, the 10th person last season, has moved up to sixth person and will be the first off the bench.

Salisbury’s strength is defense, and as long as the Hornets can play their 2-3 zone with Dalton in the paint, they are tough to score on. Dalton is a shot-blocker and shot-changer and as long as she can stay out of foul trouble, she just about eliminates layups. Morgan is a world-class charge-taker. Dalton and Morgan don’t normally score a lot, but they more than earn their letters on the defensive end.

Bryant, a point guard who does 90 percent of the ball-handling for the Hornets, is as steady as it gets. She’s going to get 20 most nights and it’s usually an efficient 20, a mix of free throws, 3-pointers, drives and pull-ups.

Nwafor would get votes as the county’s most improved player. She’s had some double-digit rebounding games and she’s making a solid percentage of her 3-point attempts.

Noble is the wild card for the Hornets because her talent and her ceiling is just about unlimited. She can defend and handle the ball and pass. She can score on 3-pointers, stick-backs or acrobatic, swooping drives and as a 5-foot-11 athlete with quickness and bounce she can take over on the boards when she needs to.