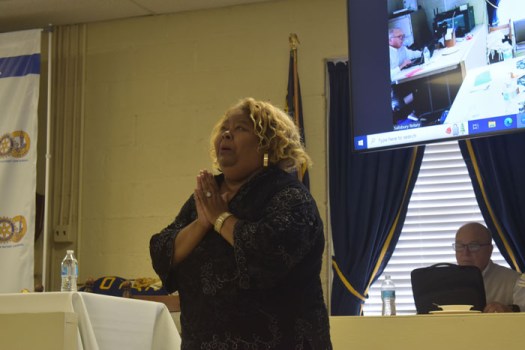 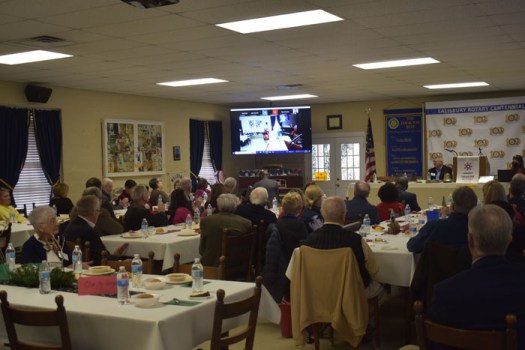 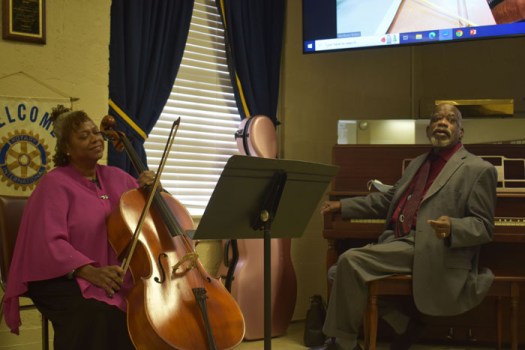 Sharon Wellington-Wilkins and her husband Reverend Samuel Wilkins, as they get ready to play a song for the Rotary Club of Salisbury's traditional Christmas concert. Sharon is a master of the cello and Samuel plays the piano. Charlie Drape/Salisbury Post. 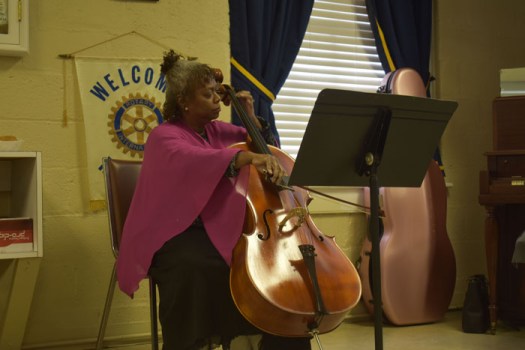 Sharon Wellington-Wilkins plays her cello during the Rotary Club of Salisbury's traditional Christmas concert. She has been playing the cello since elementary school. Charlie Drape/Salisbury Post.

Sharon Wellington-Wilkins, a master of the cello, played three songs, accompanied by her husband, Rev. Sam Wilkins on the piano. The two played “Center of my Joy,” “Joy to the World” and “Go Tell it on the Mountain.”

After performing together for years, they were perfectly in sync with Samuel on the piano and Sharon mesmerizing the audience on the cello.

Sharon spent the next 21 years teaching music in Charlotte-Mecklenburg Schools. She is currently teaching at Livingstone College and also plays with the Salisbury Symphony Orchestra.

“My mother was very musical and I have lots of cousins who play by ear and at churches,” Sharon said when asked about her musical upbringing.

Teresa Moore-Mitchell, an opera singer who has performed all over the world, was also part of the concert. Moore-Mitchell was born and raised in Salisbury and graduated from Salisbury High School. She said she owes a lot of her success to the people in town who have helped her.

“Many of the people in Salisbury helped me get there,” Moore-Mitchell said. “My chorus teacher was the one who helped me discover my voice.”

Starting out with “Sweet Little Jesus Boy,” Moore-Mitchell stood at the front and let her voice envelop the room. She finished with “Gesù Bambino,” an Italian Christmas carol,  and “This Christmastide.”

Moore-Mitchell has been singing since she was 8. She has also been teaching for years, spending time at Pfeiffer University, Catawba College and Livingstone College, which is where she currently teaches.

She sings gospel, jazz and Broadway show tunes but generally sticks with her true love. “I sing other genres, but opera is my favorite,” Moore-Mitchell said.