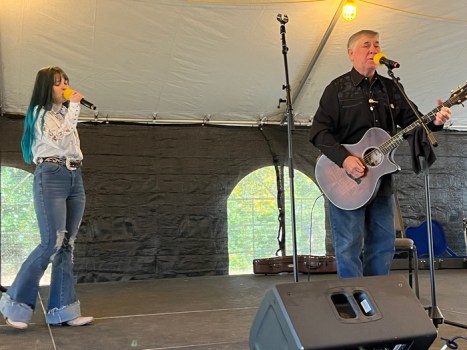 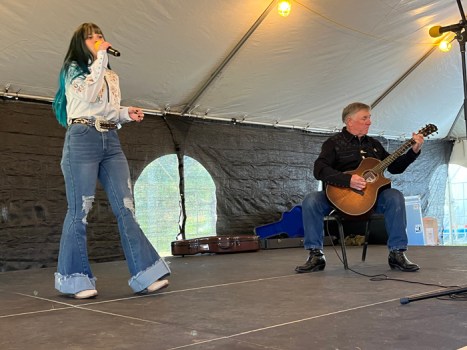 Salisbury native Megan Stoner and her grandfather, Darrell Connor, kept it in the family at this year’s N.C. State Fair Folk Festival, taking home awards both separately and together.

Stoner suffers from asthma, which can make it difficult for her to sing, and although she was worried that she wasn’t going to be able to compete this year, not only did it not stop her, but she took home first place for Best Adult Female Vocalist.

For that solo competition, Stoner sang “Blue” by LeAnn Rhimes. That is her favorite song to perform and it highlights her vocal range. She also sang Lorrie Morgan’s “Except For Monday,” a song she learned with her dad and sang as a tribute to him because he recently passed away.

Connor and Stoner also won first place for Best Duo. Connor played guitar and the two sang “Go Rest High on That Mountain” by Vince Gill and “When You Say Nothing at All” by Keith Whitley. They started rehearsing the two songs in June in Connor’s home studio.

“‘Go Rest High on the Mountain’ was just one that we always have done, just a song that really felt close to us,” Stoner said. “And ‘When You Say Nothing at All’ is one of the first duets that we sang together, so it just felt like the one to do.”

“I kinda took it all last year,” Connor said.

The Folk Festival was started 74 years ago by Bascom Lamar Lungsford and each year a contestant that best demonstrates North Carolina’s musical heritage wins a trophy in his honor. The festival has since done away with the trophy, but Connor was the last one to receive the award in 2018.

Connor and Stoner plan to be back to defend their crown at next year’s festival.