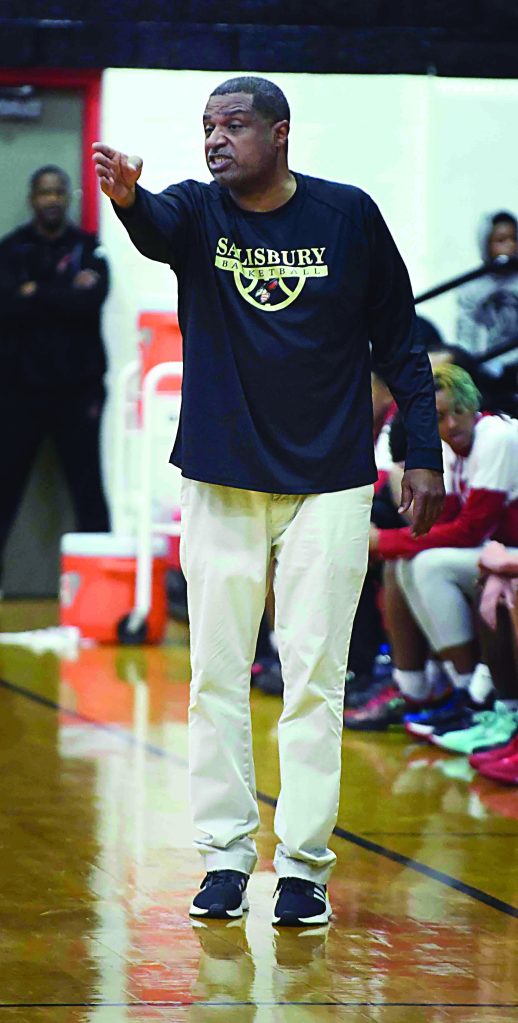 CHARLOTTE — When the schedule for the 2022-23 season was made out, Salisbury boys basketball coach Bryan Withers knew there might be humbling nights like the one the Hornets experienced on Thursday.

Withers said prior to the season it was the toughest non-conference chedule one of his teams ever had undertaken, loaded with road trips to 3A and 4A schools.  He wasn’t kidding about the degree of difficulty.

Ben L. Smith was awfully tough last Saturday, and Olympic is even better than Ben L. Smith. Lots of shooters, lots of quickness and some size in 6-foot-7 Devin Ragan, who tallied 18 points, mostly on point-blank bank shots over smaller SHS defenders.

Host school Olympic, one of the state’s top 4As, smashed the Hornets in the second quarter and won easily 89-63 in the BAM Winter Jam.

It was a learning experience for the Hornets, who don’t figure to have to contend with anyone as good as Olympic in the 2A ranks.

Highly recruited junior Juke Harris had his moments and piled up 36 points for Salisbury, although Olympic (9-0) slowed him down while it still mattered.

It was over by halftime, and Harris collected 21 in the second half, including 13 in the fourth quarter.

Mike Geter was the only other Hornet in double figures. He got nine of his 11 in the fourth quarter.

Salisbury (5-4) actually started out well. Harris got the Hornets going with 10 early points on two 3-pointers and four free throws,

The Hornets trailed 16-14 after a successful drive by Geter late in the first quarter, but then Geter had a bucket waved off by a whistle for an offensive foul, and a 3-pointer by Jaydon Terrell gave Olympic a 19-14 lead at the end of the period. Olympic finally got the momentum — and kept it rolling.

Olympic ramped up the defensive pressure as the second quarter got under way, and the game quickly got away from the Hornets, as the Trojans ruled the boards and got their balanced offense rolling.

It was 33-17 by the time Deuce Walker scored inside for Salisbury’s second field goal of the quarter.

Harris’ second — and last — bucket of the second quarter made it 35-21, but then the Trojans cheerfully embarked on another 10-0 run for a dominant 26-7 quarter and a 45-21 advantage at the break.

The third quarter brought another dose of the same nasty medicine for the Hornets. Olympic shut Harris out for several long minutes and jumped ahead by as many as 32 points at 60-28.

Harris and Bryce Dalton, who had all of his eight points in the quarter, had a flurry that kept the Hornets from being chased right out of the gym, but Olympic still led comfortably by 65-38 as the third quarter closed.

Harris and Geter fought to the end, so the Hornets were able to make the scoreboard look a bit better during the final eight minutes.