Drivers get stopped by Spencer Police — for doing the right thing 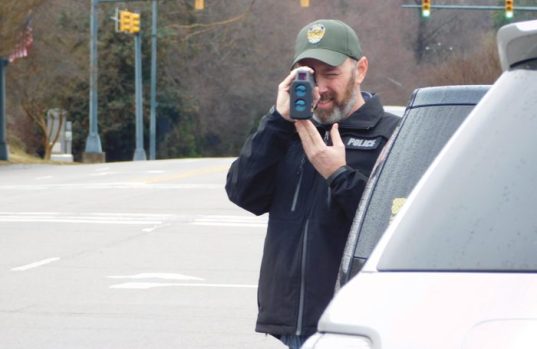 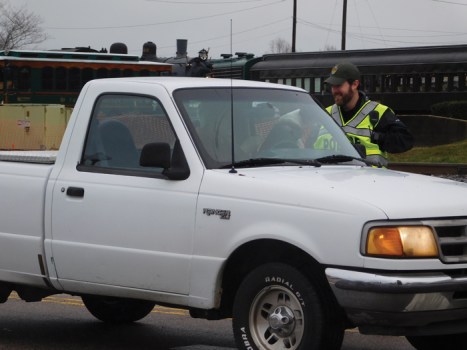 A Spencer police officer presents a driver obeying the speed limit (and his co-pilot, his dog) with a gift card and candy cane. Photo by Elisabeth Strillacci 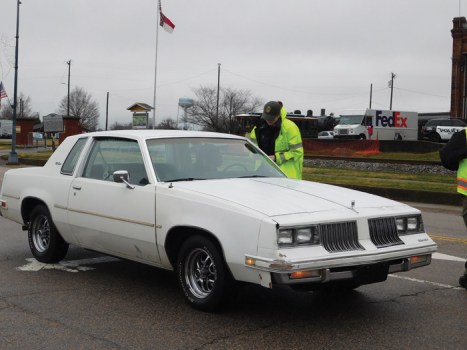 The driver of this Monte Carlo was all smiles when a Spencer police officder told him he was not in trouble, but was instead being rewarded for doing the the right thing. Photo by Elisabeth Strillacci

SPENCER — Police Chief Michael File and department Chaplain Sam Mills wanted to do something good for the community this Christmas.

So they put their heads together and came up with a simple campaign to run Thursday afternoon.

“The speed limit on Salisbury Avenue in front of the department is 20 mph,” said File. “So we are stopping the first 20 cars that are actually going the speed limit and presenting them with gift cards, candy canes and hot chocolate, It’s a whole 20/20/20 thing. And Bo Hawkins at Chick-fil-A really did right by us.”

The restaurant donated the gift cards, and Mills was in charge of the hot chocolate.

Meanwhile, File tucked himself behind a parked vehicle to run the radar on cars that just crested the hill coming toward the police department on the street.

“They have to be going 20 or less,” said File. “Twenty-one doesn’t count. And they can’t be slowing down for a red light.” The speed had to be legitimate.

He was joined by several officers who had the pleasant task of handing the surprises to drivers, but who had a few concerns initially that it might take some time to get drivers who qualified.

To the happy surprise of everyone, they had their first car within the first seven minutes, followed quickly by a second and third. They gave out all 20 cards “in one hour flat,” said File, who noted he was proud of his community for the good behavior.

As officers approached the cars, the first thing they said to drivers was “You’re not in trouble,” letting them know they were actually being rewarded for following the rules,

“I’m afraid I don’t have any cash,” one driver said, mistaking the event for a fundraiser. When the officer told her he was actually giving something to her, she was not quite sure what to say at first.

Another driver had his dog in the front seat with him, and the officers laughed that the dog was probably thinking he was getting chicken nuggets.

“It’s just a chance for us to have positive interactions with the community,” said File.